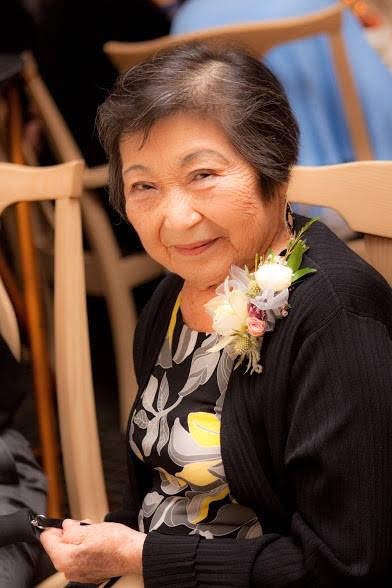 Yoko married Gerald Swanson on Dec. 15, 1952, at the American Embassy in Tokyo. They enjoyed 28 years of marriage before his death in 1980 and together raised three children.

Yoko was a member of the Union Protestant Church in Goodman. Yoko, a Japanese National, met her then future husband Gerald while employed by the U.S. Air Force at Camp Chitose, Japan. Later, in a proud moment for both her and her family, Yoko became a naturalized citizen of the United States.

In her younger years, she was a sprinter/short distance runner, an avid downhill skier and the winner of ballroom dance trophies partnered by her instructor.

For over 43 years she worked as a veneer grader at Goodman Veneer and Lumber Company. In her spare time, Yoko enjoyed watching sports: the Badgers, Brewers, Bucks and Packers were all her favorites.

Yoko was preceded in death by her husband, Gerald Swanson; son, Roger Swanson; granddaughter, Kara Chitko; as well as both of her parents; and a sister.

Visitation will be from 9 to 11 a.m. Monday, May 13 at the Erickson-Rochon & Nash Funeral Home.

A memorial service will follow at 11 a.m. at the funeral home.

Burial will be in the Glenwood Cemetery in Goodman.

Condolences may be expressed to the family of Yoko Swanson online at www.ernashfuneralhomes.com.

The family has entrusted the Erickson-Rochon & Nash Funeral Home of Iron Mountain with the funeral arrangements.