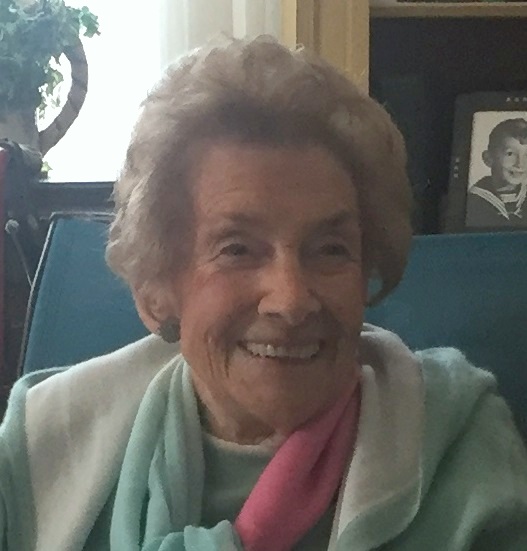 In keeping with Nora Mae’s wishes, private family funeral services will be held and burial will be in the Resthaven Cemetery. The Jacobs Funeral Home of Iron River is assisting the family with arrangements.

Nora Mae was born on April 12, 1922, to Jack and Lyda (Kimber) Singler in Iron River. As a child, she was a member of 4-H clubs as her mother, a teacher, was a leader of four clubs – canning, food preparation, sewing, and needlework-knitting and crocheting. Nora Mae’s projects won her trips to the UP State Fair, the State Fair in Detroit and as a finalist to the National 4-H Club Congress in Chicago.

She attended the Central School and graduated from Iron River High School in 1940. She played clarinet in the WPA Band and then began her nursing studies at St. Marys Hospital in Rochester, Minn., where she earned a registered nursing degree in 1943.

Nora Mae married Libero Angeli on Oct. 21, 1944, in Iron River. Together they raised five children. She was a wonderful mother and grandmother. She always remembered her family and friends with beautifully written cards and well-chosen gifts on birthdays, holidays, and other special occasions. Nora Mae especially loved Christmas, making it into a grand event, welcoming her large family from near and far.

Throughout her life, she actively served her community. Nora Mae helped children by leading a local 4-H Club, serving as a Cub Scout Den Mother, and working with special education classes at the Lincoln School.

She was a member and active in community projects of the Women’s Twentieth Century Club. She also headed the campaign of the Committee for Fluoridation of Water in Iron County.

A member of the Carrie Jacobs-Bond Musicale, she served as an accompanist on the piano for children’s groups and soloist performances. Nora Mae also served on the City of Iron River’s Board of Review. A woman of deep faith, she was a member of St. Agnes Catholic Church.

In 1975, her husband and brother-in-law, Bay Angeli, opened Angeli Foods at the Riverside Plaza. It was the first grocery store in Northern Michigan to operate a deli. Nora Mae, a gourmet cook, served as its first deli manager. Her ever-present smile and genuine concern for the store’s customers made the department a place where no one was a stranger.

She always loved the Upper Peninsula’s beauty and instilled in her children a deep appreciation and connection to its lakes and forests. Athletic throughout her life, Nora Mae skied and swam every day during the summers into her late eighties. Curious about the world, she traveled to every continent. To keep up with current events, she faithfully read the Wall Street Journal.

She enjoyed a stiff scotch (“you can’t fly on one wing”), loved to entertain in her home and was one of the last of the world’s great conversationalists.

She was preceded in death by her husband, Libero, her two brothers, Jack and Don Singler; and her sister, Lyda “Shirley” Lownik.

Memorials may be made to the Iron County 4-H or the Northwoods Animal Shelter.

The family commends Dr. Robert Han for his care of their mother.

The family is especially grateful for the kind care and support over the past seven years given to Nora Mae by her caregivers.