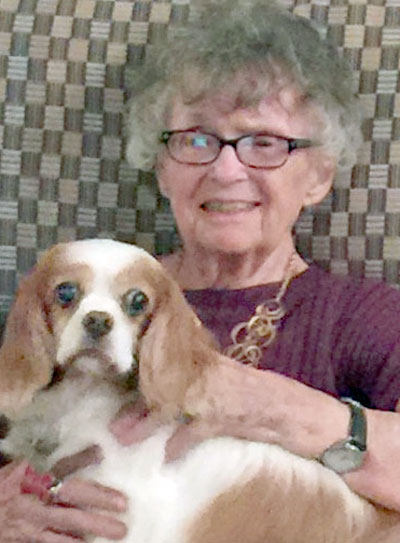 KINGSFORD — Vivian “Viva” M. Carlson, 93, of Kingsford, passed away peacefully surrounded by her loving family on July 17, 2019, at Evergreen Assisted Living in Kingsford. Viva was born on April 9, 1926, in Ann Arbor, Mich., daughter of the late Carl and Vivian (Scadden) Miller. She was a lifelong resident of this area and was a 1944 graduate of Iron Mountain High School.

Viva continued her education at Wellesley College. She became a teacher and loved learning throughout her life. Viva married Waldo B. Carlson on Aug. 6, 1949, in Iron Mountain. Together they raised their family and operated the Miller Insurance Agency in Iron Mountain.

Viva was a member of Holy Trinity Episcopal Church in Iron Mountain. Over the years she was active in the community, serving on the Dickinson County Hospital League and Camp Fire Girls leader. She was also involved with her Friday Study Club and served as secretary of the Wellesley College Class of 1948.

Viva was an avid reader and a self trained naturalist and Upper Peninsula historian. She loved to travel and had visited many locations in the United States and abroad. Most of all, Viva loved to spend time with her children, grandchildren and great-grandchildren. She cherished the holidays and family gatherings.

In addition to her parents, Viva was preceded in death by her husband, Waldo in 1982; her sister, Nancy Miller in 1940; and her granddaughter, Meggan Eiben in 1991.

Private family memorial services will be held at a later date.

In lieu of flowers, memorials may be made in her memory to: OSF Hospice, Bay Cliff Health Camp, U.P. Caring for Diabetes, The Meggan Eiben Memorial Scholarship, or the Almost Home Animal Shelter.

Condolences to the family of Viva Carlson may be expressed online at www.ernashfunerahomes.com.