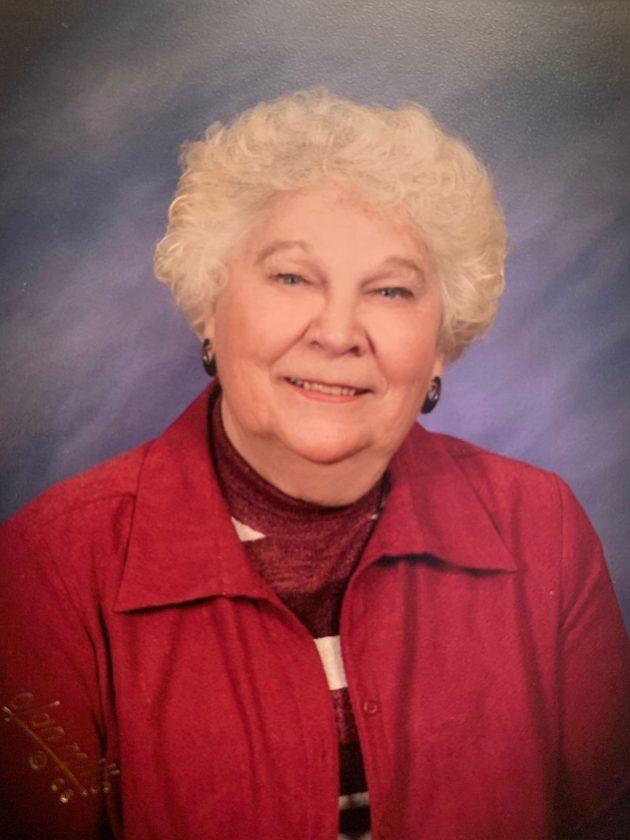 RAPID RIVER – Carol M. Bergstrom, 90, of Rapid River, passed away peacefully Friday, Oct. 4, 2019, at the home of her daughter in Shelby Township.

She grew up in Rapid River and later moved to Iron Mountain, where she and her husband built a contracting business and raised their family.

Prior to her husband Ron’s passing, they moved back to Rapid River to the home where she grew up. Carol was very active in many activities, both in her church and in her community.

For a time, she sold Home Interior products. She loved people and they felt her love in many ways.

She served as the Area Coordinator for Stonecroft Ministries for several years, later traveling for eight years throughout the Midwest speaking at Christian Women’s Club functions, telling all who listened of Jesus’ love for them. Many people came to know the Lord as their Savior through her efforts.

She loved to write and authored her own newspaper column called “The Upward Look,” under the columnist name of Mrs. B. She even wrote a book. She enjoyed making/creating her own greeting cards and always included a clipping or word of encouragement to the recipient.

She partnered with her dear friend Betty Evenson and ran Alpine Reality in Gladstone for 17 years until 2009. Betty “adopted” Carol as her mom and along with her, came adopted grandchildren, Rachael, Jessica and Nathan.

She loved to travel and camp and was passionate about her family and friends.

Over the years she gradually increased her involvement in Operation Christmas Child, through Samaritan’s Purse, packing box after box of shoeboxes for impoverished children around the world.

Her greatest legacy was her love for people and the Lord. People responded to her kind and loving touch. She was loved by many and will be greatly missed.

A celebration service will be held at Grace Church in Gladstone, Michigan on Saturday, Oct. 19, 2019.

In lieu of flowers, Carol has requested donations be made to Samaritan’s Purse-Operation Christmas Child.