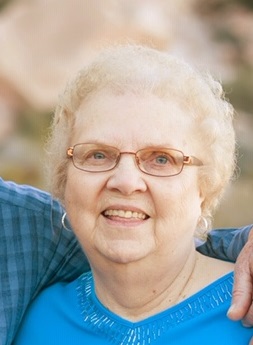 She was born on July 16, 1937, in Felch, the daughter of the late Albin and Florence (Raether) Solberg.

Ceil graduated from Felch High School in 1955 as the valedictorian of her class.

She married Howard Siegler on May 4, 1957, in St. Joseph’s Church in Foster City.

Her greatest joy was her children, grandchildren and great-grandchildren. Ceil enjoyed crafting, scrapbooking, and giving her time back to the city she loved, Norway.

She helped establish the Jake Menghini Museum, where she was a contributor and docent. She also volunteered at St. Vincent DePaul.

She was an avid sports fan, spending much of her free time cheering on her beloved Norway Knights, Green Bay Packers and Detroit Tigers. She enjoyed playing the slots, but never let bad luck ruin her mood or bank account.

The Mass of Christian Burial will be celebrated at 11 a.m. Tuesday at the church, with Fr. Timothy Ekaitis officiating.

Condolences to the family of Ceil may be expressed online at www.ortmanfuneralhome.com.