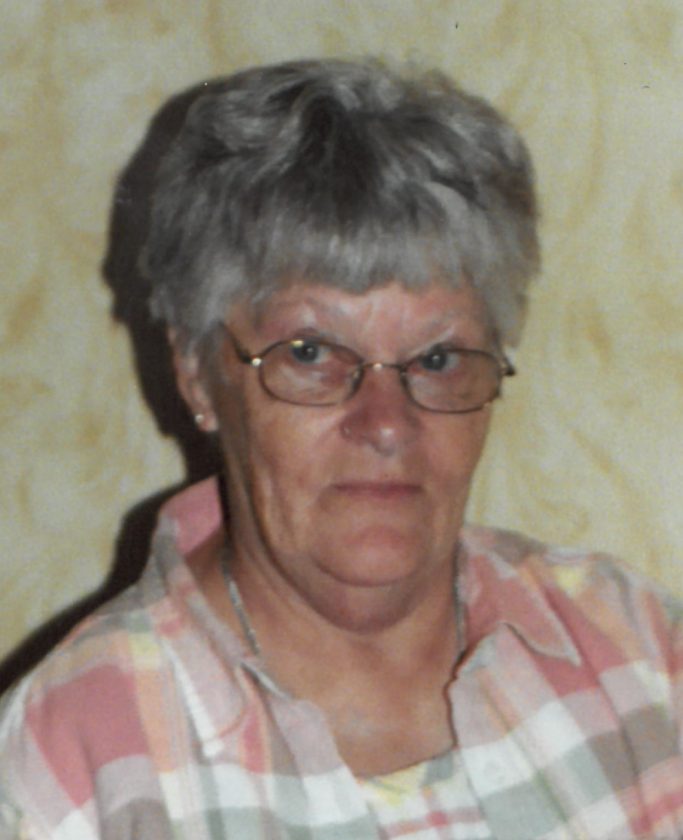 Marie helped manage her husband’s family farm while raising six children and took great pride in raising her family. She was a cook at the Hillcrest School until she retired in 1996 and many can still remember “Ms. Krans’ Lunches.”

It did not stop at school, she was a wonderful cook at home as well, where family and friends frequently enjoyed meals and tasty baked goods.

Marie enjoyed many hobbies, including cooking, gardening, working outside, and especially the time spent with family and friends. She cherished her grandchildren and great-grandchildren.

Marie’s routine included her daily walk with cousins, Lorraine, Gayle and Marilynn which often included going for breakfast. Many will miss seeing her plant and water the cemetery, feeding her birds, riding her lawnmower and many other activities she did up until dementia won the battle. Marie will be sadly missed.

In addition to her parents and husband, LeRoy, Marie was preceded in death by one son, Gregory Krans in 2017; one brother, George Martin Jr.; and many other loved ones.

Visitation will be from 11 a.m. to 2 p.m. Friday, Nov. 8 at the Jacobs Funeral Home in Iron Mountain. Funeral services will follow at 2 p.m. Friday at the funeral home. Rev. John Arvid Carlson will officiate.

Burial will be in Aurora-Homestead Cemetery in Aurora.

The family would like to thank Evergreen Assisted Living, Dickinson County Healthcare System, Christian Park Center, and especially Dr. John Loewen for his many years of caring for Marie.

You may leave a condolence or tribute for Marie’s family online at www.JacobsFuneralHomes.com.

The family has chosen the Jacobs Funeral Home and Cremation Services, Iron Mountain, to honor Marie’s legacy of life.