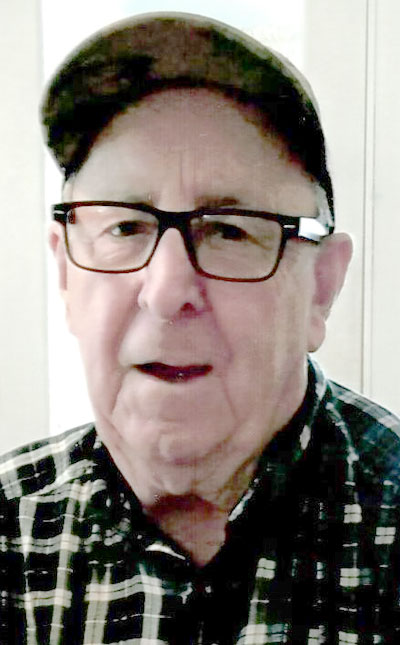 Gerald was born on Jan. 20, 1931, in Iron Mountain, son of the late Louis and Mary (Roani) Andreini. Jerry was a lifelong resident of the area and graduated from Iron Mountain High School in 1949. He served three years in the U.S. Coast Guard aboard the USS Halfmoon during the Korean War.

Jerry married Patricia “Pat” Pillion on Jan. 9, 1952, in Iron Mountain. They had 60 wonderful years of marriage before her death.

He was a postal clerk at the U.S. Post Office in Iron Mountain, retiring in 1990.

Jerry loved gardening and planting, watching birds and solving puzzles. He loved the Christmas season and had Christmas music playing year round in his car. He enjoyed spending time with his family and friends, and his Sunday morning breakfast at the grandchildren’s house was always a special treat.

More than anything though, Jerry enjoyed going to camp with his sweetie, Pat.

He is also survived by one niece; four nephews; and several cousins.

He was preceded in death by his wife, Patricia, on Feb. 7, 2012; his brother, Walter Andreini; a sister-in-law, Elda Andreini; and a brother-in-law, Alphonse Fuse.

Visitation will be from noon to 1 p.m. Sunday, Jan. 5 at Erickson-Rochon & Nash Funeral Home in Iron Mountain.

A memorial service will follow at 1 p.m. at the funeral home. Fr. Janusz Romanek will officiate.

In lieu of flowers, memorials may be made to the Pine Mountain Veterans Memorial.

Condolences may be expressed to the family of Gerald J. Andreini online at www.ernashfuneralhomes.com.