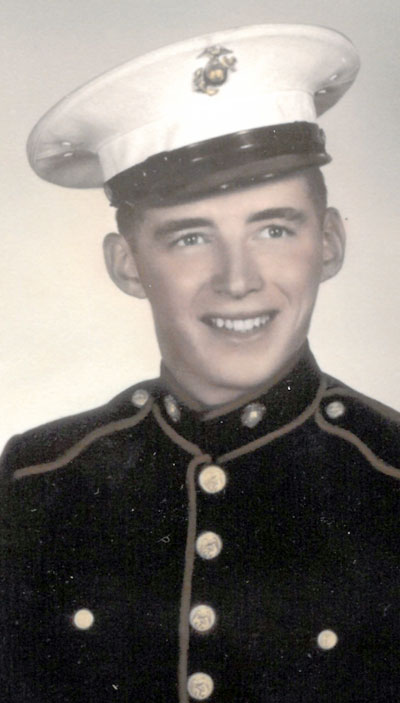 He was born June 7, 1931, in Park Falls, Wis., son of the late Frank and Lillian (Morris) Russ. Pete proudly served in the United States Marines during the Korean Conflict.

Following his military service he used his GI Bill to complete a bachelor of science degree in business. Pete was a proud marine and veteran. He married Betty Wyman on Dec. 5, 1953, in Red Wing, Minn. They celebrated a long and happy life of marriage. She preceded him in death on May 28, 2008.

Pete went on to meet a dear lady, Pauline Hill, and they enjoyed a loving relationship until his death. He lived and worked in Niagara, Wis., for many years and retired to Norway. Pete lived a purposeful life of self-discipline, loving loyalty to family and friends, a commitment to honest living, and a strong work ethic.

He enjoyed traveling and wintered in both New Mexico and Texas. Pete was an avid outdoorsman who loved to fish and hunt and enjoyed his trips to Canada twice a year for over 35 years. He taught his family to hunt and fish. Pete and Betty built a family cabin where many happy summers were spent hunting and fishing, riding the rapids of the Flambeau River, ATVing, and eating Grandma Betty’s delicious meals.

In addition to his parents and his wife of 61 years, Betty, Pete was preceded in death by two grandsons, Casey Palmer and Jon Raboin; a son-in-law, Robert Raboin; and one brother, John Russ.

You may leave a condolence or tribute for Pete’s family online at www.JacobsFuneralHomes.com.

The family has chosen the Jacobs Funeral Home and Cremation Services, Iron Mountain, to honor Pete’s legacy of life.