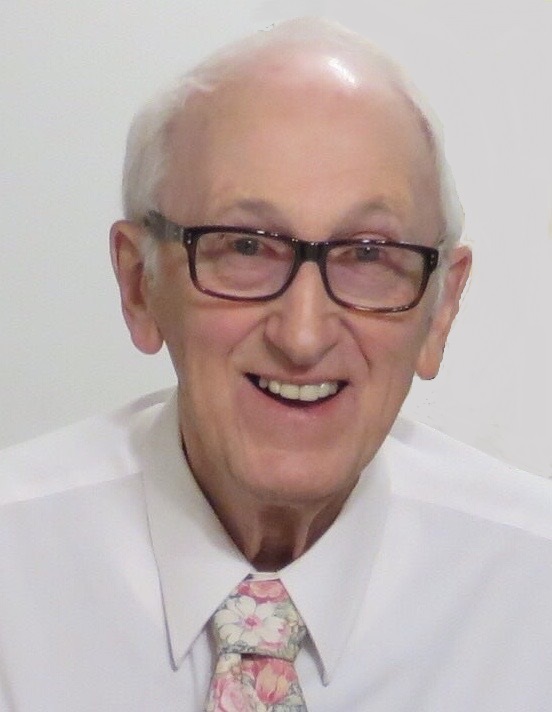 The son of the late Pietro and Graziella (Vitale) Calo, John was born on March 26, 1933, in Iron Mountain. The family moved to Iron Mountain in 1926, where his father opened a tailor and furrier business. (John liked to tell people he was “tailor-made”).

Plans changed when KHS principal and superintendent, and John’s long-time friend, IMHS music teacher Wally Swanson came to his home and convinced him to take a position at Kingsford High School instead. He would go on to teach vocal and instrumental music at KHS for 35 years until his retirement in 1990.

Teaching was his passion. He was dedicated to excellence and many students said they considered him one of the most influential teachers they ever had. He enjoyed being approached by former students; if you stopped him on the street he might not recall your name but he always remembered your vocal range or what instrument you played.

John married Mary Dougoveto of Kingsford on Aug. 28, 1964. They raised five children on Hamilton Avenue, allowing John to walk across the street to work each day. Theirs was a musical home and a highlight for the Calo family was the year they hosted Bernd Rosenschon, a German foreign exchange student and superior clarinetist. John loved having Bernd in his band, and John and Mary always considered him another son.

During retirement, John enjoyed keeping in touch with all of his Facebook friends, golfing, watching Packer games, and directing the annual family sing-along after the ravioli dinner on Christmas Day. He faithfully recognized every family member’s birthday by phoning them to sing “Happy Birthday” and by sending a silly e-card. We all enjoyed his long and happy retirement.

If you caught the Ciao Bella Trio (consisting of John, his niece Carmela and his best friend Bob Pedo) at Out to Lunch or Italian Fest, you were in for a treat. The Dickinson County Community Theater, the Lion’s Roar, Piccolo Opera Company, the Pine Mountain Music Festival, and several local barbershop quartets benefited from his talents as well.

John had a deep devotion to his Catholic faith and was proud to have seen Pope St. John XXIII in person in 1962. (He said that Good Pope John stood up for the “little guy”). He prayed every night — on his knees — for his wife, children, grandchildren and great-grandchildren, each of them by name. He expressed his love for others daily in his smiles and corny jokes. He simply was the most affable man a person could meet.

In addition to his parents, he was preceded in death by three brothers, Carlo, Mike and Henry and their spouses; a sister, Amalia (Molly) Altobelli; an infant brother, Carlo; and an infant granddaughter, Grace Shampo.

Visitation will be from 4 to 7 p.m. Wednesday, Feb. 12, at the Jacobs Funeral Home in Iron Mountain. A time of reflection with sharing by family and friends will take place at 6:45 p.m. at the funeral home.

Prayers will be recited at 10:30 a.m. Thursday, Feb. 13, at the funeral home. The Mass of Christian Burial will be celebrated at 11 a.m. Thursday at American Martyrs Catholic Church in Kingsford. Rev. Fr. Joseph Gouin will officiate. Burial will be at Cemetery Park, Iron Mountain.

A memorial will be established in John’s memory.

Dad, we will miss your gentle way, your soft and sensitive nature; your jokes and puns that made us groan. Sully’s gonna miss his golfing buddy, Aunt Ann will miss her dancing partner at family weddings, and the chorus will miss your beautiful tenor voice — and “African Alleluia.” “Cent’anni” was your favorite Italian toast, meaning “May you live 100 years.” Sadly, we didn’t get to have you that long, but we will take the 86 years we did have and be forever grateful for them.

You may leave a condolence or tribute for John’s family online at www.JacobsFuneralHomes.com.

The family has chosen the Jacobs Funeral Home and Cremation Services, Iron Mountain, to honor John’s legacy of life.