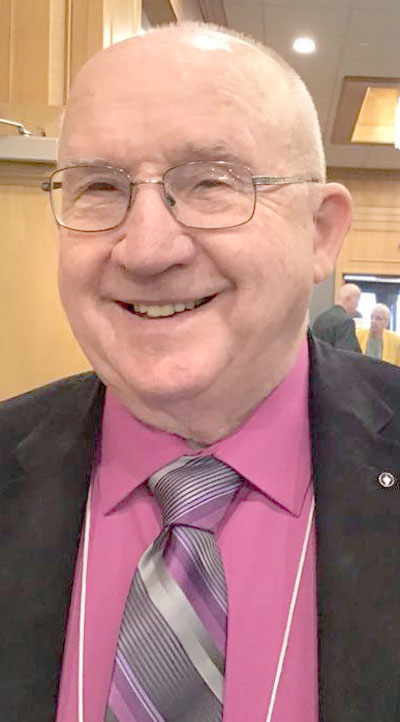 John Arvid’s priority was God first. His life was a testimony to that. Whenever he was asked how he was doing, no matter what his current situation was, his answer was always, “Too Blessed To Be Stressed!”

John was an active member of the Aurora Free Church. He was a member of the Gideons International for 50 years and served on the board of WRVM Christian radio for 40 years.

In addition to his teaching job, John helped Audrey operate the family farm for many years.

One of his greatest joys was having his grandchildren enjoy life on the farm. (The grandkids enjoyed; driving tractors and the pug, spending time with the farm animals, making hay, and helping grandma bake in the kitchen.)

Additionally, John enjoyed hunting, fishing, working in the woods and traveling. He especially enjoyed hunting and fishing trips with his sons and his grandchildren.

John was blessed with a second marriage in his life. He married Patt Swanson in Aug. 6, 2011. They enjoyed nine years of marriage. They enjoyed travelling, music and visiting with friends and family.

In accordance with current state and federal guidelines, a public visitation and service will not be held at this time. A memorial service will be held at a later date and will be announced prior to that time.

Burial will take place at the Homestead-Aurora Cemetery.

Donations in John Arvid’s memory can be made to the Gideon Bible Fund or the Aurora Free Church.

Condolences to the family of John Arvid Carlson can be expressed online at www.ernashfuneralhomes.com.

The family has entrusted Erickson-Rochon & Nash Funeral Home with the arrangements.