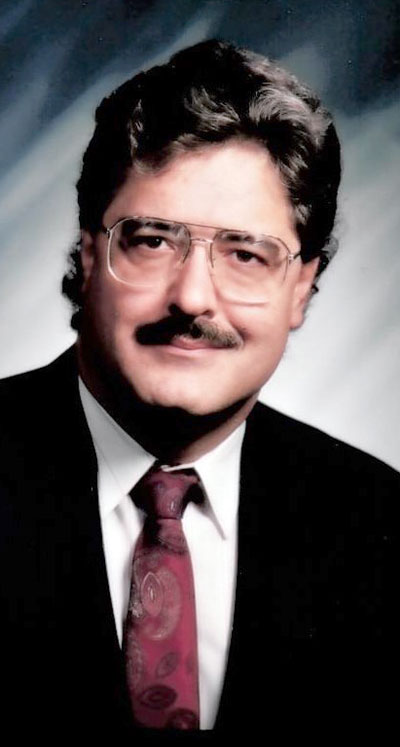 Bob was born on Jan. 3, 1950, to Louis and Edna (Niquette) Schaut at St. Francis Hospital in Escanaba, the 13th of 14 children. Bob attended St. Ann’s Elementary School, graduated with honors from Escanaba Area Public High School and he was awarded an athletic scholarship to attend Northern Michigan University, majoring in accounting and playing football for the NMU Wildcats.

He retired from a partnership with Anderson, Tackman & Co. He was a very dedicated, trustworthy and caring professional.

Working in the woods with his father in high school inspired life-long interest in anything wood related.

He was inducted into the Sports Hall of Fame in Escanaba.

Robert, the father of three children, Aaron, Jesse and Carolyn, all of Grand Rapids, Mich., would like to thank all of the friends, teachers, coaches, teammates, fellow professionals, employees, partners and clients that were so important to him over his lifetime.

He thanks his best friend and special partner, Barbara Romo, who was so important to him for many, many years. Barbara is, in fact, the love of his life.

Also, he would like to express his gratitude to all of those who were so tolerant and accepting of his special son, Jesse. This group includes the folks of the Bluff Golf Club, Irish Oaks Golf Club, Pathways of Delta County, Northpointe of Dickinson County, Oak Crest Golf Club, Pine Grove Country Club, Bob & Jerry’s, Burger King Coffee Group, Recreation Lanes and the Tomassoni family, Special Olympics and countless others.

In accordance with Bob’s wishes, private family services will be held.

Condolences to the family of Louis Robert “Bob” Schaut may be expressed online at www.ernashfuneralhomes.com