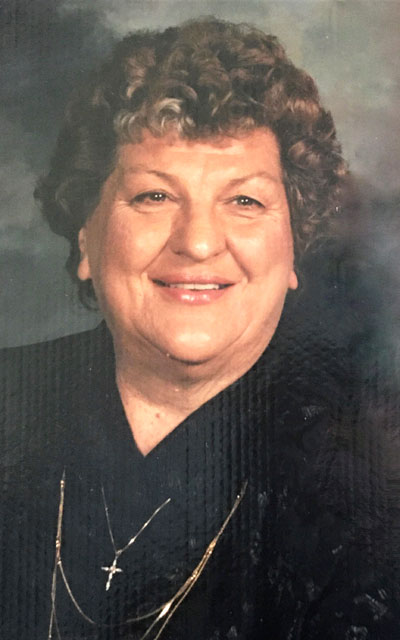 IRON MOUNTAIN — Phyllis M. Galeazzi, 87, of Iron Mountain, passed away on Saturday, May 30, 2020 at Bellin Hospital in Green Bay, Wis.

She was born on Dec. 7, 1932, in Iron Mountain, daughter of the late Wesley and Signe (Bjorkquist) Edlund. Phyllis graduated from Iron Mountain High School in 1950.

She married Allan Galeazzi on Nov. 19, 1952 in Norway. Phyllis and Allan traveled across the country until they settled their roots in Simi Valley, Calif.

She worked as a telephone operator for Pacific Bell.

She was happiest spending time with her family. She would volunteer at her daughters’ school activities and spent many years as a Girl Scout troop leader.

Her and Allan would take many camping trips to Sequoia National Park, participate at weekly square dances, and most importantly, they enjoyed just spending time with each other.

After retiring in 1988, Phyllis and Allan returned to the Iron Mountain area.

Phyllis was a faithful member of First Lutheran Church in Iron Mountain, she was a member of Golden K, and she sang with the Golden Throats.

Phyllis also enjoyed reading, watching wildlife in her yard, planning high school reunions with school classmates, and having lunches or dinners with her brothers.

In addition to her parents, she was preceded in death by a brother, Gerald Edlund; and son-in-laws, Allen Mathew and Wayne Reed.

A visitation and memorial service at First Lutheran Church in Iron Mountain will be held at a later date and will be announced.

Condolences to the family of Phyllis Galeazzi may be expressed online at www.ernashfuneralhomes.com