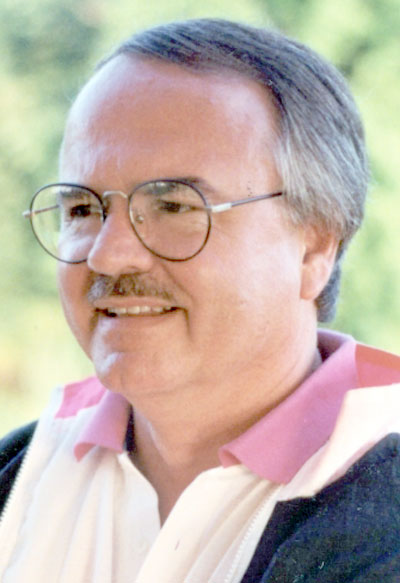 MARQUETTE — Wayne Thomas Daniels, born in 1939 in Chicago, died in Marquette, last Thursday, May 28, 2020, at the age of 80 years. Wayne had been living as a resident of the Memory Care Unit at the D.J. Jacobetti Home for Veterans since November of 2017.

Although born in Chicago, his parents returned to Kingsford, where his father, Tommy Daniels, worked at Sackim’s Department Store. Wayne spent his primary grades in Kingsford. From there the family moved to Rochester, Ind., where Wayne excelled in athletics, particularly track and football, and was a star player making the All-State football team. His love of Michigan’s Upper Peninsula began while spending summers at Lake Elwood with his “adopted grandparents” Guy and Rose Young.

After graduating from Rochester High in 1958, Wayne attended DePaul University where he spent his summers working on the ore boats on the Great Lakes. In 1961, he met and fell in love with Elizabeth Dumser, of Grosse Pointe, Mich. and they married in June of 1962. Wayne and Elizabeth had three children: Timothy, Kathleen, and Theodore.

Wayne enlisted in the U.S. Army, and was stationed at the New York Air Defense from 1962 to 1965, during the Vietnam Era. After his service in the Armed Forces, Wayne began his career in life insurance in lower Michigan settling in Marshall where he worked for Jackson National Insurance Company and became one of their top salesmen. He later went on to work for other insurance companies, including Equitable Life. Wayne and his young family spent many happy years in Marshall.

Then in 1978, Wayne decided to change careers and moved his family to Kingsford, when he purchased the Steak Ranch Supper Club in Aurora, Wis.. After a few years, the supper club was renamed Tucker’s Table (in memory of Wayne’s father, Tommy “Tucker” Daniels). Everyone in the family worked at the restaurant in some capacity. Wayne spent over 10 years working behind the bar at Tucker’s Table as well as doing several renovations to the property. After selling the business in 1990, Wayne returned to insurance sales. Also, in that year, Wayne and Elizabeth parted ways. In 2006, Wayne married his childhood friend, Maridon Miller, and they lived in Kingsford Heights.

Wayne was quite athletic and competitive, and enjoyed all sports whether it was tennis, water skiing, bowling, billiards, or tossing the football in the backyard. He was an avid golfer for many years at Oak Crest Golf Course in Norway. He also enjoyed a life-long passion for oil painting. Through the years, Wayne had painted many beautiful paintings of landscapes, wildlife, religious works, and portraits. He also very much enjoyed listening to the music of his generation, The Four Freshmen, Stan Kenton and Frank Sinatra and always at full volume. He was a devout Catholic and attended Mass at the Carmelite Nuns’ Monastery of the Holy Cross in Iron Mountain.

Wayne was preceded in death by his second wife, Maridon Miller; his beloved daughter, Kathleen Wiese, who passed away in October 2019; his parents, Thomas and Jeanette (White) Daniels; and his sister, Judy Postula.

He will always be remembered for his warm smile, his artistic talents, his love of his children, and his never-ending quest for success. God bless you, Wayne.

Memorial donations can be made to the Carmelite Nuns’ Monastery of the Holy Cross at www.holycrosscarmel.com.

Fassbender Swanson Hansen Funeral and Cremation Services is serving the family, where condolences may be expressed online at fassbenderswansonhansen.com.