WASHINGTON (AP) — She is President Donald Trump’s new top spokeswoman. But she said barely a word during what became her introduction to the world.

Stephanie Grisham received a baptism by fire over the weekend as she accompanied the president on his high-stakes trip to Asia and threw her body into a fracas with North Korean security officials.

It was an early sign of how Grisham, a former Trump campaign staffer and aide to the first lady, might reshape a role she technically didn’t start until Monday. She’s taking the job just as Trump enters a White House stretch that will help determine whether he wins another four years in the job.

Trump had just made his historic steps into North Korea and was walking with Kim Jong Un back across the border for a meeting in the Demilitarized Zone when the situation devolved into chaos on Sunday. Tensions were already high, as Kim’s personal security force had tried to push around American and South Korean journalists covering the leaders’ greeting.

When reporters tried to follow the leaders into Freedom House, where Trump and Kim would spend nearly an hour meeting behind closed doors, North Korean guards suddenly blocked the entrance, trying to keep out White House reporters. A fracas erupted, with guards grabbing at photographers’ bags and cameras while the Americans tried to push and pull their way inside while shouting that they were just doing their jobs.

Once inside the lobby, as some of Kim’s men again tried to block reporters, a few Secret Service agents stepped in — as did Grisham. In a moment caught on live television feeds, Grisham body-blocked one of the North Korean guards to help create space for the American reporters to run past. She beckoned them to come forward.

Later, she showed other White House officials the bruises she had to show for it.

It was a brief public defense of press freedom from a White House that has produced few of them. Though Trump staffers routinely advocate for reporters’ access on international trips, Grisham’s predecessor Sarah Sanders eliminated the daily press briefing and Trump himself has regularly used hostile rhetoric against the press.

Grisham declined to talk to reporters about her actions at the DMZ, which may have come instinctually for a staffer who joined the Trump orbit as a press wrangler on the campaign, tasked with shepherding the traveling press pool to events and, at times, advocating for access.

But others who’ve had the job complimented her response.

“There’s always two parts to being the press secretary. One is to speak for the president and the other is to help the press. And on the latter, Stephanie could not have had a better, stronger first day,” said Ari Fleischer, who served as press secretary under President George W. Bush.

Trump, for his part, has suggested Grisham’s arrival could signal a less contentious era. “She actually gets along with the media,” Trump has said about his decision to choose her for the role.

Grisham is one of a small number of former campaign officials still working in the White House. She will have an unusually expansive job, serving as both press secretary and communications director — strategic communications aide Mercedes Schlapp announced her departure Monday — as well as continuing to serve the first lady.

She spent Monday, her first official day, holding introductory meetings with staffers, which will continue through the week.

She earned the president and Melania Trump’s trust while serving as Mrs. Trump’s spokeswoman, and became known in that role for sending out pointed comments defending her boss and, occasionally, revealing breaks between the president and first lady. She has also criticized the media, at times, for reporting on stories she deems unworthy of attention.

Before joining Trump’s campaign, Grisham worked in Republican politics in her home state of Arizona. She was press aide to the then-speaker of the Arizona House, David Gowan, when he set off a fight with journalists over access to the House chamber, barring reporters from the House floor unless they submitted to extensive criminal and civil background checks.

He reversed course after an outcry from journalists, the public and other lawmakers.

Grisham accompanied the president to Japan and South Korea after Sanders announced she’d be leaving at the end of June. In Asia, Grisham was largely seen but not heard. She had a seat at the table during the president’s meetings with world leaders such as Germany’s Angela Merkel and Saudi Crown Prince Mohammed bin Salman.

But she did not talk to reporters, politely declining requests for comment by saying that she was still getting up to speed in the new job.

Her voice was heard publicly just once, in a telling moment in Seoul in the hours before the president’s trip to the DMZ.

Trump held a news conference with his South Korean counterpart, Moon Jae-in, and each leader was to field one question from the American press and one from the Korean. Podiums were set up on the side for each leaders’ press secretary and, as per protocol, each spokeswoman would announce which reporter would ask the question.

South Korea’s spokeswoman did so. But when it was Grisham’s turn, she opted to cede the selection of a reporter to the media-obsessed president.

“I’m going to let our president choose,” she said. “Go ahead, Mr. President.”

As many in the hall laughed, Trump thanked her.

“She’s learned very well,” he said. “Thank you very much, Stephanie. I appreciate it.”

I confess to a certain self-interest in today’s column. The media, especially newspapers, are in trouble. ...

WASHINGTON (AP) — President Donald Trump is confronting the most dangerous crisis a U.S. leader has faced this ... 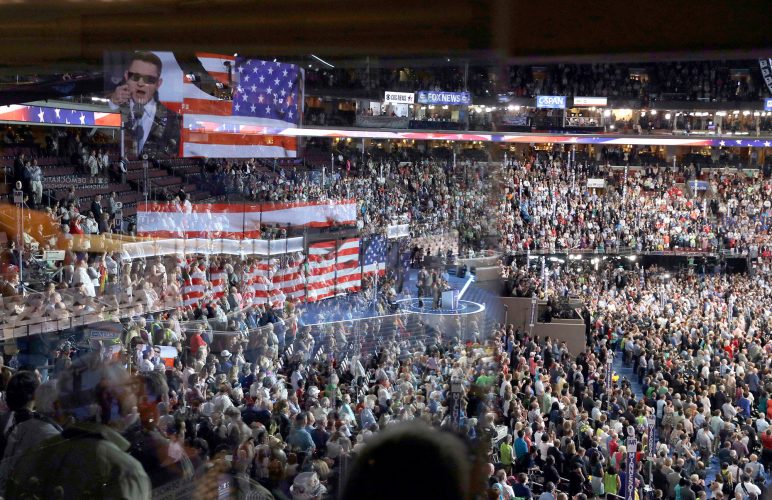 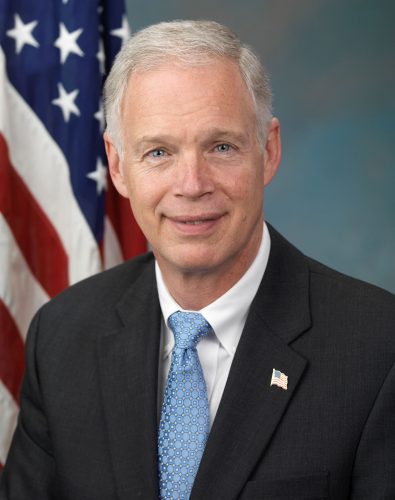