WASHINGTON (AP) — Casting their Trump nets beyond the special counsel’s Russia report, House Democrats are demanding information about the spending of taxpayer money at the president’s hotels and properties. They’re seeing violations of the U.S. Constitution that some think could bolster the case for his impeachment.

There have been “multiple efforts” by President Donald Trump and administration officials to spend federal money at his properties, including Vice President Mike Pence’s stay this week at a Trump resort in Doonbeg, Ireland, the House Judiciary and Oversight and Government Reform Committees said in letters Friday to the White House, federal agencies and the Trump Organization.

The Democrats describe Pence’s visit, and the possibility that next year’s Group of Seven summit will be at Trump’s Miami-area Doral golf resort, as corrupting the presidency. Payments from foreign officials are particularly troubling, they say, considering the emoluments clause in the Constitution that bans the president from taking gifts from other governments.

“We have been focused on the Mueller report, and that is a very small part of the overall picture,” said Maryland Rep. Jamie Raskin, a member of the Judiciary panel. “We must get America focused on the ongoing violations against basic constitutional principles.”

Judiciary Committee Chairman Jerrold Nadler, D-N.Y., said taxpayer spending in Trump’s business empire is “of grave concern” to his panel, which is weighing whether to recommend articles of impeachment. Oversight and Government Reform Chairman Elijah Cummings, D-Md., said his committee “does not believe that U.S. taxpayer funds should be used to personally enrich President Trump, his family and his companies.”

The Democrats insist they are not pivoting their investigations away from former special counsel Robert Mueller’s Russia report, which did not exonerate the president of obstruction of justice. But with many of their subpoenas bogged down in court, and Mueller’s findings fading in the public’s attention, a soft reboot is clearly underway, with a new focus on other allegations of possible wrongdoing by the president that lawmakers feel may resonate even more with the public.

Rhode Island Rep. David Cicilline, another Democrat on the Judiciary panel, says he believes the misuse of public funds or other examples of financial corruption make Americans especially angry. And while people have heard a lot about the Mueller report, they may know less about the emoluments clause, he said.

“I think you’ll see a lot more of that in the coming months,” Cicilline said.

House Speaker Nancy Pelosi echoed the Democratic investigators, calling Trump’s properties “a cesspool of corruption” and a “black hole for taxpayers’ money.” She noted that Trump’s trips to his Florida resort Mar-a-Lago can cost millions of dollars per visit.

“The American people deserve a government that serves their interests, not one that’s being exploited to line the president’s pockets,” Pelosi wrote in a blog post.

Aside from reviewing his use of his properties, the Judiciary panel is also expected to investigate hush money payments that Trump paid to kill potentially embarrassing stories, and has subpoenaed the Department of Homeland Security to explore whether the president offered pre-emptive pardons for lawbreaking. More subpoenas are likely.

Other committees are investigating Trump’s financial entanglements as well. The House intelligence and Financial Services panels are seeking records from two banks with which he did business, probing whether there may be links to money laundering.

House Intelligence committee Chairman Adam Schiff, D-Calif., has long said that Congress should focus on following Trump’s finances– a subject that Mueller stayed away from. In an interview Friday, Schiff said his panel will continue on that track this fall, including Trump’s business links to the Gulf region and his efforts before the 2016 election toward building a tower in Moscow.

The Russians are like the devil. Each gets blamed (or credited) with more than they are responsible ...

NEW YORK (AP) — CBS News faced an ill-timed blow to its reputation on Wednesday after a bruising Democratic ...

WASHINGTON (AP) — A federal judge on Tuesday brought in nearly all members of the jury that convicted Trump ally ... 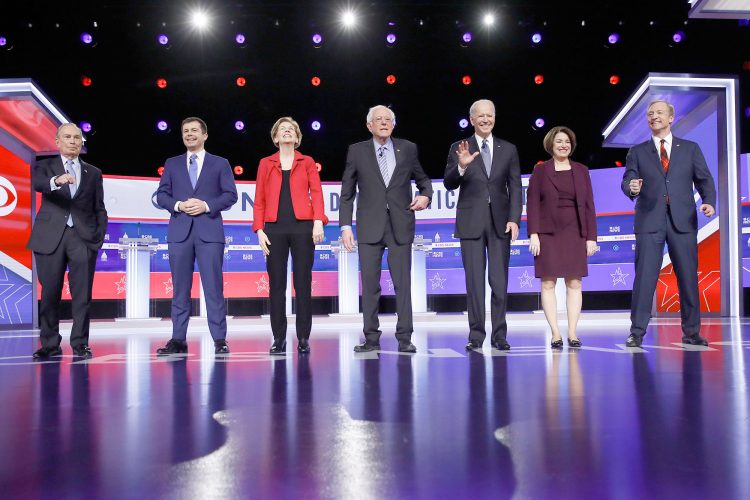 Analysis: Sanders learns what it’s like to be a front-runner

FBI official: Russia wants US to ‘tear ourselves apart’ in elections

WASHINGTON (AP) — Russia wants to watch Americans "tear ourselves apart" as the United States heads toward ...