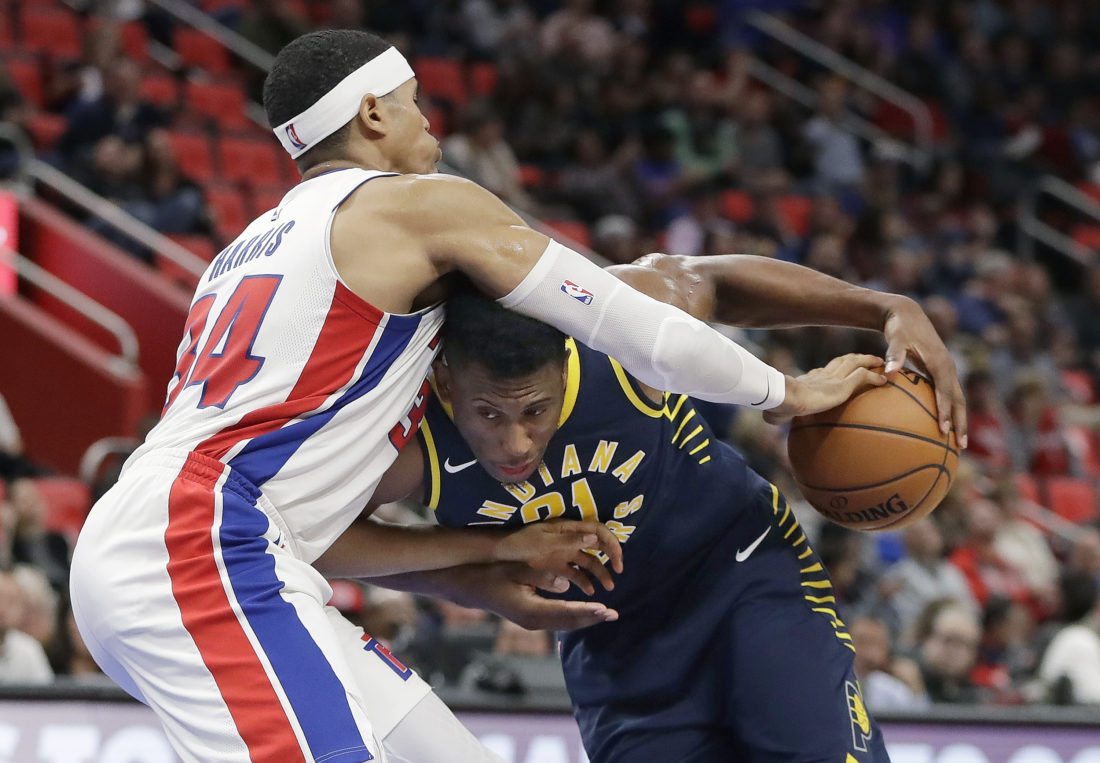 DETROIT (AP) — Stan Van Gundy is one of the NBA’s most outspoken coaches when it comes to politics and social issues, so his reaction to a postgame meeting with the Rev. Jesse Jackson was no surprise.

“I was a little bit in awe, right there,” Van Gundy said. “To think of what he’s done with his life and the sacrifices he’s made and the way he has served our country, and then I’m standing there. I’m a basketball coach.”

Van Gundy might think of himself as just a basketball coach, but his team is playing well right now. With Jackson in attendance Wednesday night, the Detroit Pistons won for the sixth time in seven games, beating the Indiana Pacers 114-97 .

Tobias Harris scored 23 points and Andre Drummond added 14 points and 21 rebounds for the first-place Pistons, who lead Cleveland by three games in the Central Division. Indiana lost its fourth straight.

Jackson was seated behind one of the baskets at Little Caesars Arena, and Van Gundy said he spoke with him after the game. The Detroit coach joked that leaving Jackson and coming to the media room to talk to reporters was “the definition of a letdown.”

Victor Oladipo led the Pacers with 21 points, but Indiana has allowed at least 100 points in 10 of 12 games this season. The Pacers were without injured big man Domantas Sabonis.

“This is part of the process,” Indiana coach Nate McMillan said. “We knew there was going to be some adversity during the season and here it goes. Things turn quickly and you have to play your way out of it.”

Detroit led 59-52 at halftime, and after the Pacers fought back to tie the game at 65, the Pistons went on a 13-0 run to take control. Harris made a 3-pointer to put Detroit ahead by 11, and Drummond capped that streak with a putback that he made despite being hit in the face by Indiana’s Thaddeus Young. Drummond was momentarily shaken up but played on.

It was 82-75 after three quarters, then the Pistons scored eight straight points to start the fourth, including 3-pointers by Reggie Bullock and Anthony Tolliver.

The Pistons trailed 33-22 early in the second quarter, making this their fourth comeback victory of the season from a double-digit deficit. Drummond and Avery Bradley both picked up two fouls in the first 5:31, which contributed to Detroit’s slow start.

The Pistons outscored Indiana 37-22 in the second and turned their deficit into a halftime lead.

“The way the game is now anyway, 11 down, 13 down, especially in the first half, I don’t think of it as, like, we made a comeback tonight,” Van Gundy said. “We were ahead at halftime. It was early on in the game.”

This is the first time the Pistons have started 8-3 since the 2008-09 season. They stumbled in the latter half of that season and finished 39-43, but made the playoffs.

Giving up a lot of points has been the norm for Indiana this season, but this was only the fourth time the Pacers were held under 100. Indiana shot 43 percent from the field and was 7 of 24 from 3-point range.

Detroit outscored the Pacers 56-36 in the paint.

“They were really good,” Oladipo said. “They do a great job forcing you into tough 2s. They did a great job protecting their paint, made it hard on us to score.” 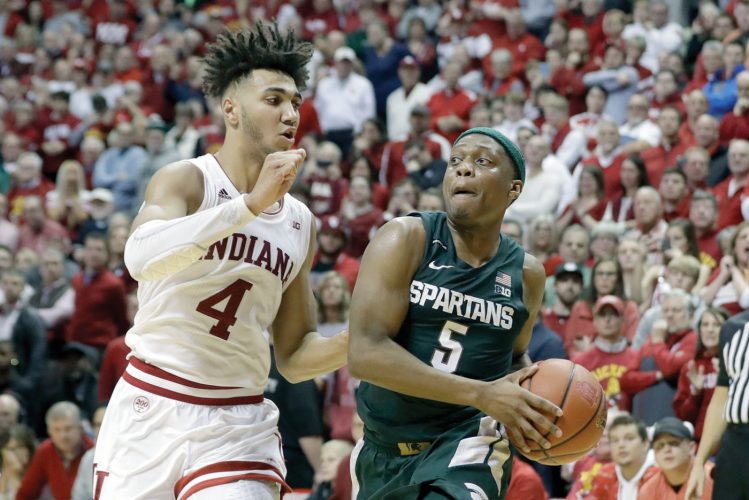 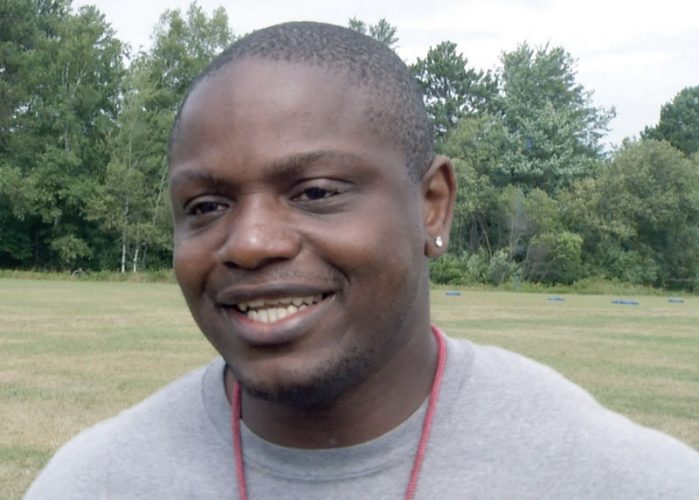 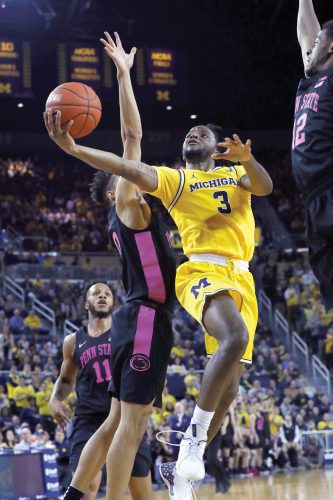