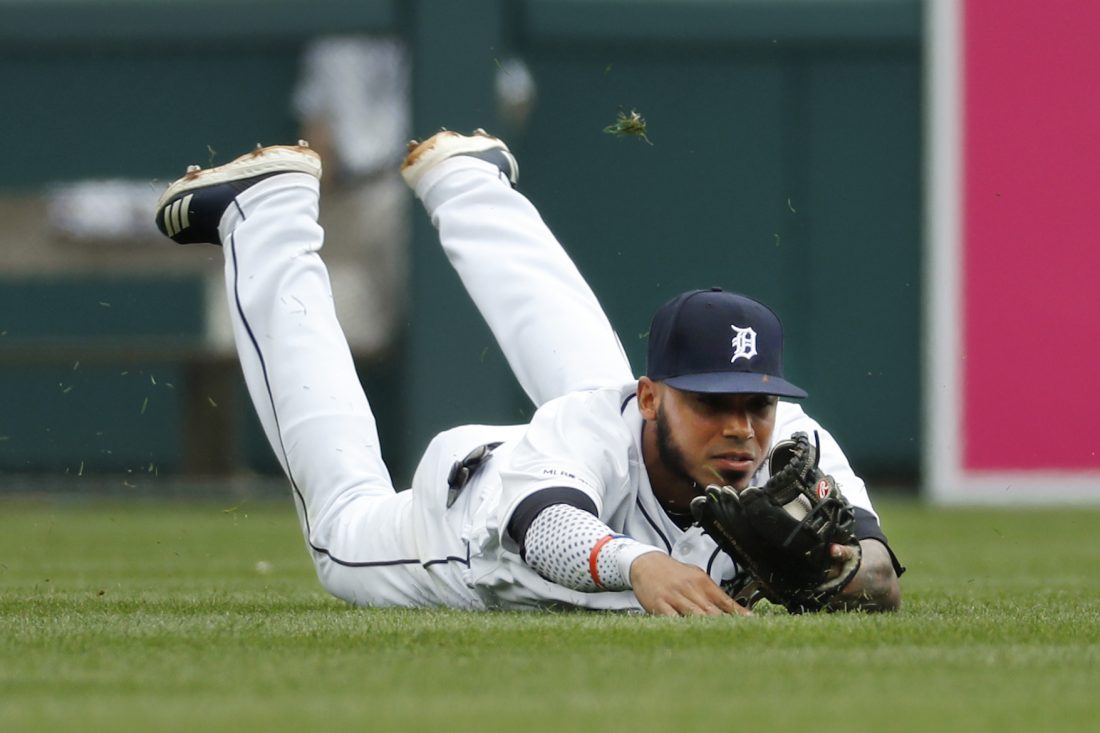 DETROIT (AP) — Albert Pujols turned on a fastball over the middle of the plate, sent the no-doubt shot deep into the left-field seats, flipped his bat toward celebrating teammates in the dugout and trotted around the bases.

By the time he stepped on home plate, the three-time MVP was in an elite group of three players in baseball history.

Pujols became the third player with 2,000 career RBIs when he hit a solo homer in the third inning Thursday to help the Los Angeles Angels rout the Detroit Tigers 13-0.

“We end up winning the game and winning the series. That’s more special,” he said. “It’s a great moment to be out there, the third one on the list.”

Pujols joined Hank Aaron (2,297) and Alex Rodriguez (2,086) as the players to reach the milestone since 1920. Babe Ruth is credited with 1,992 RBIs because baseball’s official records don’t count the runs the slugger drove in with the Boston Red Sox from 1914 through 1919.

“To win games, you have to drive runs in,” Pujols said. “I know right now there’s a lot of geniuses that don’t want to give credit to RBIs.”

The ball ended up in the hands of a fan, who would not give up the ball and the superstar didn’t have a problem with the decision.

“We play this game for the fans, too, and if they want to keep it, I think they have the right,” Pujols insisted. “I just hope he can enjoy.”

Pujols received an ovation by the sparse crowd at Comerica Park, where his accomplishment was recognized on the videoboard and by the public address announcer.

“You feel honored just to be on the field with him,” Tigers manager Ron Gardenhire said. “He’s one of the elite hitters in baseball history, but he’s also a class act as a person.”

The Angels provided plenty of offense.

Shohei Ohtani ended his 0-for-7 start with an RBI single in the two-run first. The AL Rookie of the Year finished 2 for 4, appearing in his third game since being cleared to play following Tommy John surgery in October.

“My first hit is important and I’m glad to get it out of the way,” he said through an interpreter.

Tommy La Stella hit his first of two homers in the three-run second inning. Pujols’ sixth homer of the year gave Los Angeles a 6-0 lead. Kole Calhoun followed with another solo homer in the sixth inning and Mike Trout’s sacrifice fly made it 9-0 in the seventh.

“Obviously, pitching is a problem right now,” Gardenhire said. “We’ve got four games in three days against a Minnesota team that is really swinging the bats well. We need a lot more depth from our starters to protect the bullpen, especially with that doubleheader coming up.”

Angels: CF Brian Goodwin was scheduled to have the day off but was used as a pinch-hitter for Trout in the eighth and singled.

Tigers: OF Christin Stewart (right quad strain) was reinstated from the injured list and hit a fly to center in the ninth as a pinch-hitter for Miguel Cabrera.