Brewers’ Yelich (back) pulls out of HR Derby, A’s Chapman in 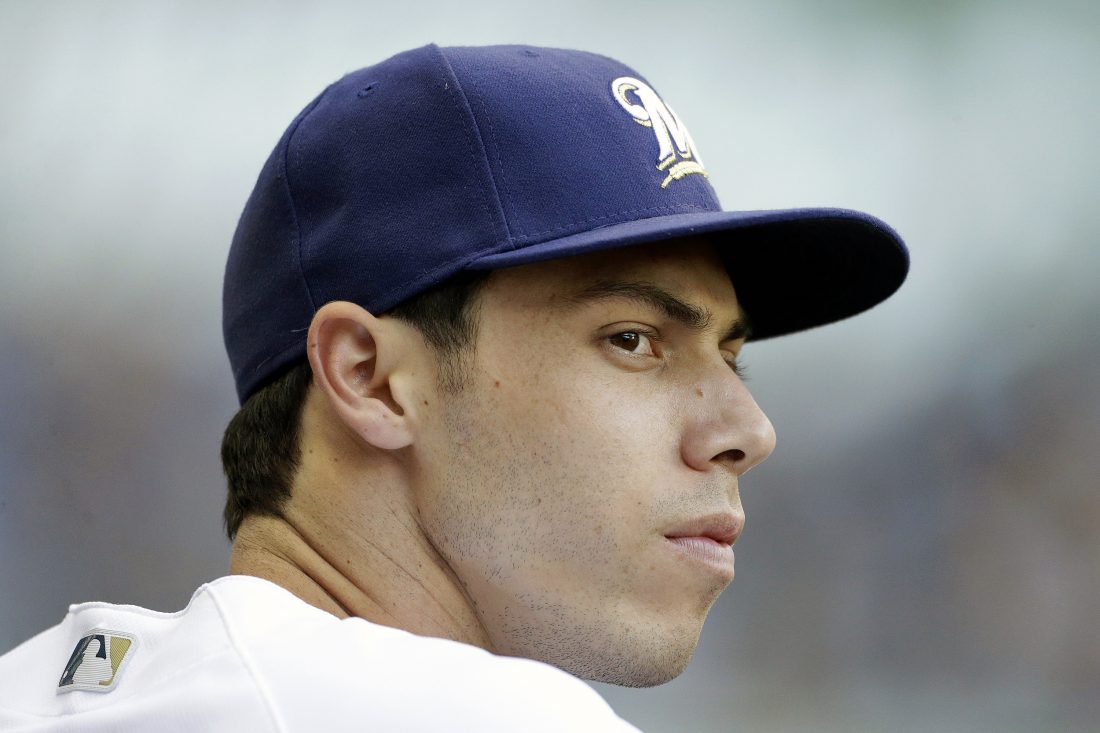 Milwaukee Brewers' Christian Yelich looks on before a game against the Seattle Mariners on Wednesday, June 26, 2019, in Milwaukee. (AP Photo/Aaron Gash)

PITTSBURGH (AP) — Reigning NL MVP Christian Yelich of the Milwaukee Brewers has pulled out of Monday’s All-Star Home Run Derby with a back injury and will be replaced by Oakland Athletics slugger Matt Chapman.

Major League Baseball announced Sunday that Yelich would sit out the derby. Yelich leads the majors with 31 home runs but has dealt with back issues at times throughout the first half. Yelich had been practicing for the showcase and broke a window on a houseboat outside PNC Park earlier this week while preparing.

Yelich was also voted a starter for Tuesday’s All-Star Game. He plans on playing in that game.

“I’d still like to try and play,” Yelich said. “I think I’ll be able to. It’s just I didn’t think I was going to be able do that kind of volume of swings and what the derby demanded. If I wasn’t going to be able to perform how I was supposed to and do it justice and give it the effort that it deserved, I didn’t think it’d be a great idea to do it.”

Milwaukee manager Craig Counsell said the team is not expecting Yelich to miss any time after the break. He has the club’s approval to play on Tuesday.

“This is not an injury-list type injury by any means,” Counsell said. “I’d like him to play if he’s able.”

Yelich was held out of Milwaukee’s lineup Sunday at Pittsburgh for its final game before the All-Star break.

Chapman will fill-in for the derby at Cleveland’s Progressive Field. He was informed Sunday morning and immediately called his father, Jim Chapman, to ask if he would be his pitcher. Chapman will be a first-time All-Star after hitting 21 homers and an AL-leading 46 extra-base hits.

Brewers relief pitcher Josh Hader is also skipping the All-Star Game with a back injury.