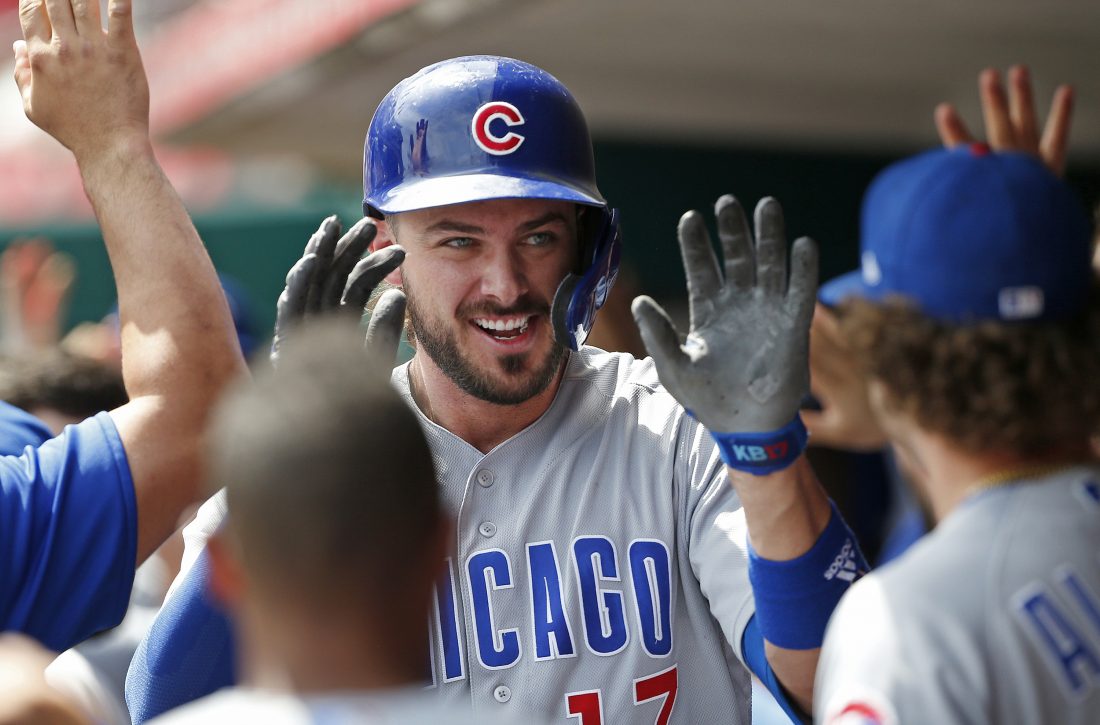 CINCINNATI (AP) — The Chicago Cubs were down, and the Cincinnati Reds had All-Star Luis Castillo on the mound.

Just when it looked as if the Cubs were in trouble, they rallied. Kris Bryant led the way.

Bryant capped Chicago’s four-run seventh with a three-run homer, and the Cubs beat the Reds 6-3 on Sunday for a split of their four-game series.

“It was huge,” Bryant said. “If you look at the game, they were rolling. Castillo was rolling. It felt like we might not win this game. That big inning was huge. The Reds have played us tough all year.”

Ian Happ added a solo drive in the eighth as the NL Central leaders recovered after falling behind 3-0 in the fifth. David Phelps (1-0) pitched a perfect sixth for the win, and Pedro Strop got three outs for his 10th save.

Bryant, Happ, Jason Heyward and Nicholas Castellanos each had two hits for the Cubs, who improved to 7-9 against the Reds this year after losing 10-1 on Saturday.

Cincinnati had won five of six to stay on the fringe of the NL wild-card race and was hoping to close the gap in the division by taking the series. Instead, the Reds finished with the same seven-game deficit in the Central that they had when the series started.

“We really wanted to win that game,” manager David Bell said. “It was a good game, a great series. A lot of good things happened. We have to come out tomorrow and play. That is the only way to bounce back. If you spend time thinking about missed opportunities, it is a losing attitude.”

Eugenio SuarÈz homered for the third straight game and rookie sensation Aristides Aquino had a run-scoring single, but the Reds bullpen faltered after Castillo was pulled in the seventh. He threw 100 pitches, 67 for strikes.

“It is disappointing but it is part of the game,” Castillo said through a translator. “I have to learn from it but it is not the last time it is going to happen. I felt good in the seventh. Last time, I threw 120 pitches. I still felt good.”

Tony Kemp drove in Happ with a grounder and Heyward singled with two out before Michael Lorenzen (0-3) came in. Castellanos singled to left and Bryant gave Chicago a 5-3 lead when he drove Lorenzen’s next pitch deep to left-center for his 23rd homer.

While Cincinnati struggled after Castillo departed, Chicago’s banged-up bullpen allowed just two baserunners in the last four innings. Rowan Wick struck out four in two innings to get the ball to Strop.

“The bullpen was outstanding,” manager Joe Maddon said. “We had it set up for Wick to face the middle of their order. He was pretty impressive.”

Aquino’s third-inning single drove in Joey Votto and gave him at least one RBI in each of his last six games. SuarÈz’s two-out homer in the fifth was his 33rd of the season, one shy of the career-high 34 he hit last season.

Lester reached 100 career strikeouts against the Reds, making them the ninth team to strike out at least 100 times against him.

As part of the franchise’s celebration of the 150th anniversary of baseball’s first all-professional team, the Reds wore replicas of their 1969 home uniforms. It was the 11th in a series of 15 throwback outfits the team is wearing this season.

David Hernandez, who was designated for assignment on Friday, cleared waivers and was released by the Reds. Hernandez, 34, was 2-5 with an 8.02 ERA in 47 relief appearances.