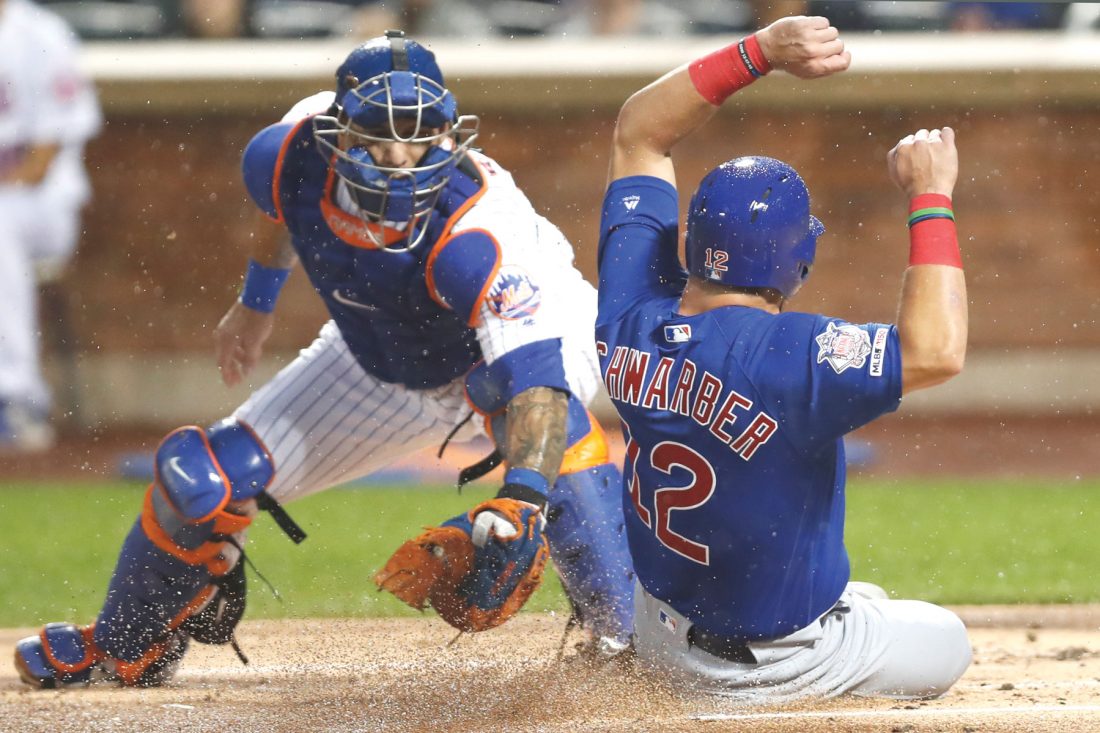 Kyle Schwarber hit one of Chicago’s three homers against a stunned Noah Syndergaard, and the Cubs jumped to an early nine-run advantage before closer Craig Kimbrel held off the Mets in the ninth inning for a 10-7 victory.

Nicholas Castellanos and Ian Happ also took Syndergaard (9-7) deep in the worst start of the 2016 All-Star’s career. Syndergaard allowed 10 runs and three homers — both his most in the majors — and was pulled after three miserable innings the day before his 27th birthday.

“I’m disappointed in myself,” Syndergaard said. “I had an opportunity to go out there and do something big tonight and I let the team down.” 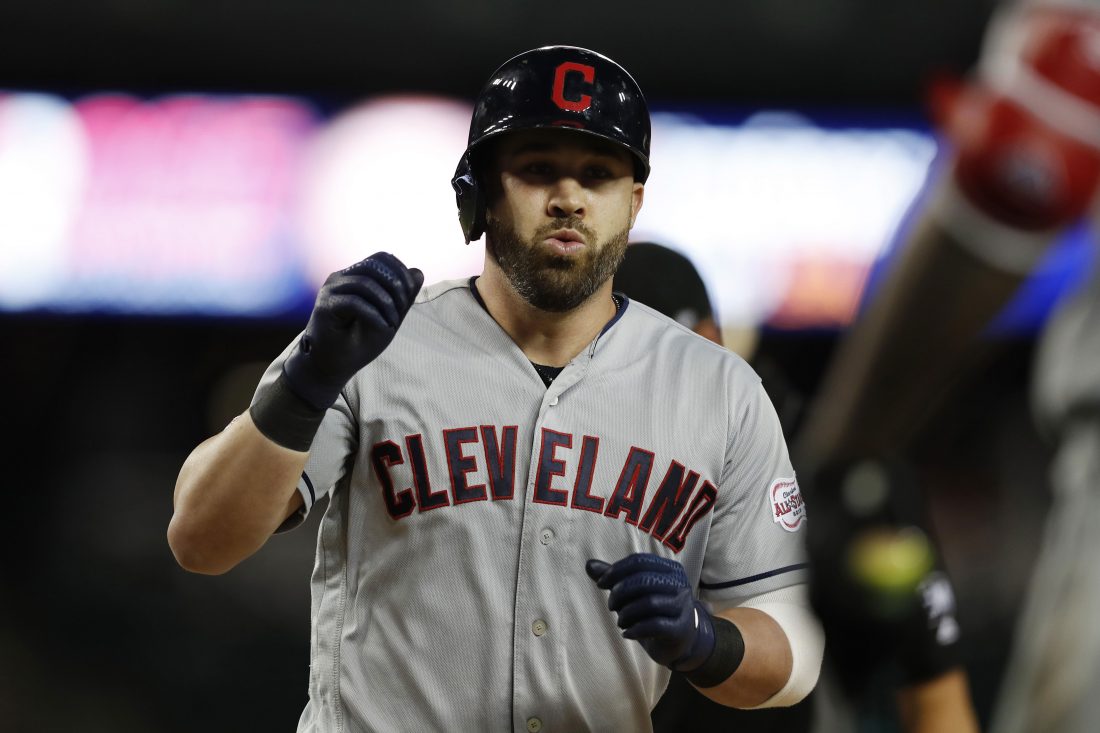 Kimbrel entered with a three-run lead and let his first two batters reach in the ninth. He escaped a dicey 3-0 count against red-hot Amed Rosario with a fielder’s choice, struck out Juan Lagares and got Todd Frazier to fly out for his 12th save.

Chicago stayed two games ahead of Philadelphia for the second NL wild card and stretched its lead over the Mets to four. The Cubs also pulled within two games of the NL Central-leading Cardinals.

It was the fourth straight road win for the Cubs, who are 27-39 away from Wrigley Field.

“How about it?” Maddon said. “There’s no reason why we shouldn’t or can’t. We have a very good ballclub, we have tried-and-true, tested kind of guys.

There’s no reason why we shouldn’t win on the road.”

New York has dropped five straight, all at home, and lost steam on an improbable second-half surge into the postseason chase. The Mets will try to avoid a three-game sweep Thursday night with ace Jacob deGrom pitching before traveling to Philadelphia for a pivotal three-game series this weekend.

“We’ve been in these situations before,” manager Mickey Callaway said. “We’ve risen to the challenge. I feel like we’ll do the same thing.”

Jeff McNeil ended a rare 0-for-9 slide with a two-run homer, going back-to-back with J.D. Davis in the fifth. Those shots sparked a five-run inning that chased Cubs starter Kyle Hendricks. McNeil had three hits and was a triple shy of the cycle.

The Mets put runners on in the sixth, seventh, eighth and ninth, but Chicago’s bullpen limited the damage. Kyle Ryan (4-2) got the win with a scoreless inning.

Chicago scored six runs and batted around in the first. Happ highlighted the burst with a two-run homer, Addison Russell had a two-run single and Schwarber hit an RBI double. Syndergaard hit a batter and threw a wild pitch, and things were made worse by an error from Rosario at shortstop.

Schwarber hit his career-best 31st homer in the second inning, and Castellanos delivered his 20th of the season in the third — both two-run shots.

“We stayed in the strike zone and put good swings on the ball,” Castellanos said. “Usually when you do that, good things happen.”

Nine of the runs charged to Syndergaard were earned, and he allowed nine hits while striking out five. The right-hander had been rolling recently, entering with eight consecutive quality starts for the first time in his career. He had a 1.82 ERA in that span.

“He’s been pitching so well and we know that our rotation is one of our strengths,” Callaway said. “Just an off night for one of our starters.”

Wilson Ramos singled for the Mets leading off the fourth to extend his hitting streak to a career-best 21 games, longest in the majors this season.

Anthony Rizzo sat out again because of tightness in his back and thought it was unlikely he’d return Thursday. Rizzo was pulled from a game Saturday and hasn’t played since.

Hiura hit a solo home run in the fourth, sending a 3-0 fastball from Flaherty into the left-field seats. Hiura added an RBI double in the eighth.

Lyles (9-8) struck out five of the first seven Cardinals he faced. He fanned nine in 5 1/3 innings. Josh Hader struck out three in two scoreless innings to earn his 26th save.

Jack Flaherty (8-7) allowed five hits and three runs, two earned, in six innings. He struck out seven, walked one and took the loss.

…In Detroit, Jason Kipnis homered twice and Francisco Lindor also went deep to lift Cleveland to a 4-2 win over the Tigers.

Cleveland is 14-1 against the last-place Tigers this year, and that’s a big reason the Indians are firmly in the postseason hunt.

Aaron Civale (2-3) allowed two runs and six hits in seven innings, striking out five and walking none. Brad Hand finished for his 32nd save in 37 chances.

Detroit starter Jordan Zimmermann allowed two runs in six innings, but Buck Farmer (5-5) allowed Lindor’s one-out solo shot in the eighth, which bounced of the top of the wall and over in center field. That gave the Indians a 3-2 lead.