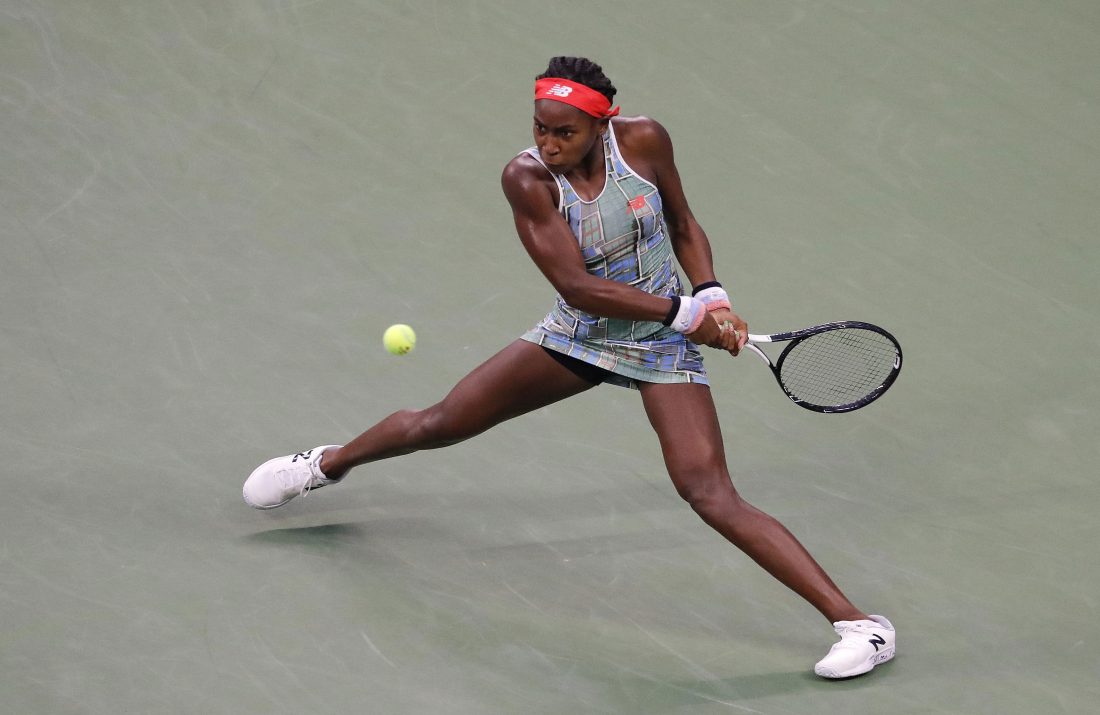 AP Photo Coco Gauff returns a shot to Anastasia Potapova, of Russia, during the first round of the US Open Tuesday.

NEW YORK (AP) — Coco Gauff trailed by a set and a break, then again by a break in the third set, before coming up big down the stretch to get past Anastasia Potapova of Russia 3-6, 6-2, 6-4 in her debut at the U.S. Open.

Here’s how new all of this is to Gauff: She didn’t quite realize she only has to play every other day at the U.S. Open.

“I’m still used to playing juniors,” the American said with a chuckle, “so I forgot about the day off.”

She’s still just 15. She’s competing in just her second Grand Slam tournament. And yet she’s definitely showing she can perform like someone much older and more experienced.

As strong as her serve and other strokes are, the 15-year-old is already showing an ability to make adjustments during a match and figure out ways to win, time and again.

Four top-10 men’s seeds all tumbled out: No. 4 Dominic Thiem, No. 8 Stefanos Tsitipas, No. 9 Karen Khachanov and No. 10 Roberto Bautista Agut. The biggest beneficiary could be three-time champion Rafael Nadal, the No. 2 seed, who found no such trouble, easily putting together a 6-3, 6-2, 6-2 victory at night over John Millman.

The last match of the schedule didn’t begin until after 11 p.m. and ended after 1 a.m., with the volatile Nick Kyrgios delighting the crowd with some trick shots while beating Steve Johnson 6-3, 7-6 (1), 6-4.

The eighth-seeded Williams, a 23-time Grand Slam singles champ, will be heavily favored in the nightcap in Arthur Ashe Stadium against McNally.

Other key matches on Wednesday include Venus Williams against No. 5 Elina Svitolina, and No. 2 Ash Barty taking on 73rd-ranked American Lauren Davis.