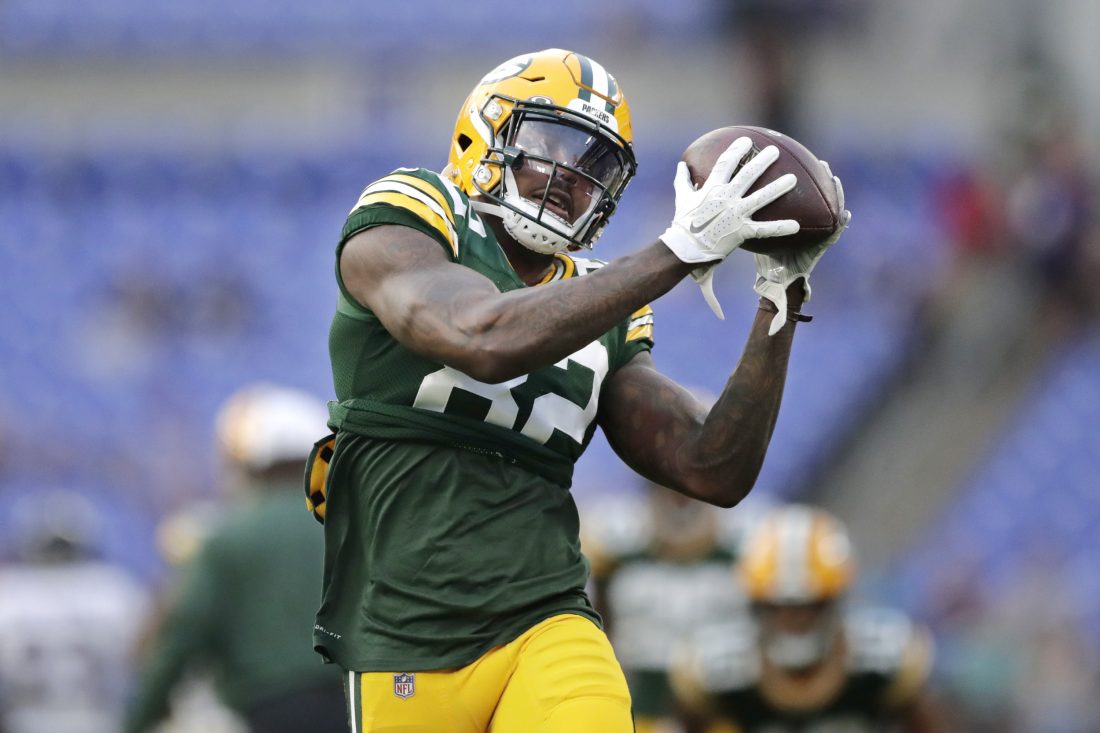 HOBART, Wis. (AP) — Green Bay Packers wide receiver J’Mon Moore was cited for driving too fast for conditions after he lost control of his car in heavy rainfall and collided with a pickup truck.

A police report says Moore was driving in the village of Hobart on Friday when his Mercedes Benz spun out and crossed the grass median on State Highway 29, colliding with the oncoming truck.

The 24-year-old Moore wasn’t hurt. He posted a video of his damaged car on Instagram and told the Green Bay Press-Gazette the crash was “pretty bad” and scary.

The truck’s driver was taken to a hospital and plans to meet with a doctor to determine the extent of his injuries.

It’s Moore’s second year with the Packers. He’s looking to stay with the team in a crowded field of wide receivers.