Brewers on the move 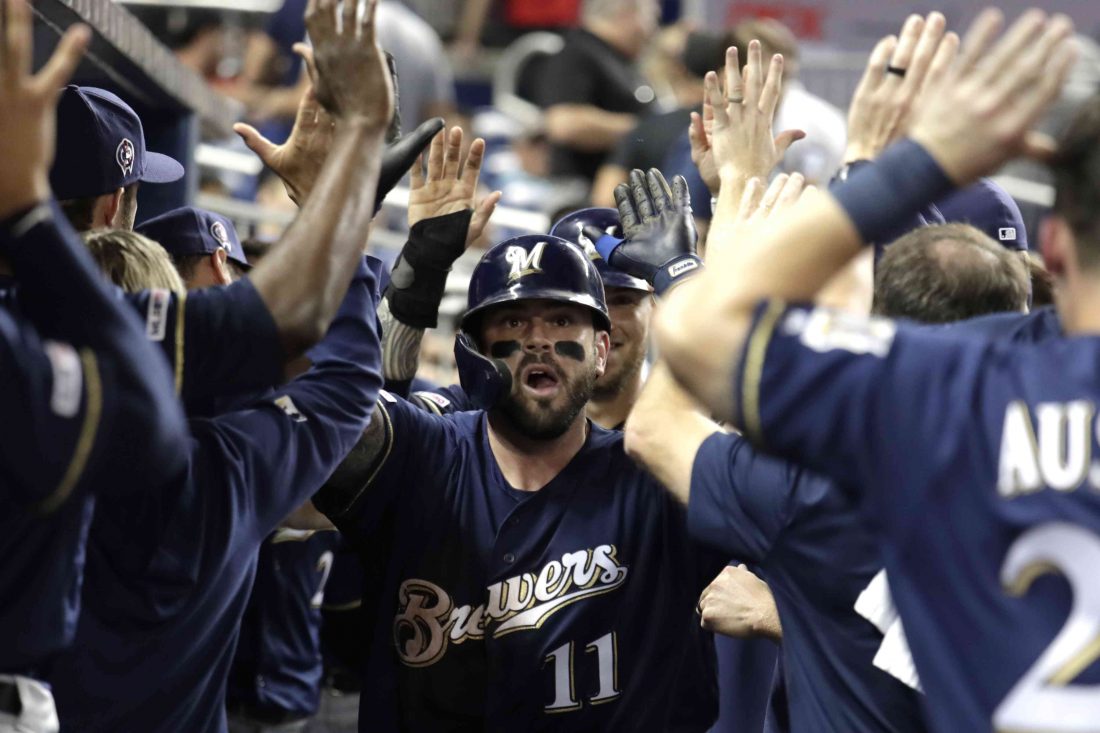 AP Photo Milwaukee’s Mike Moustakas is congratulated after hitting a two-run go-ahead home run during the ninth inning against the Miami Marlins, Wednesday.

MIAMI (AP) – The Milwaukee Brewers send Gio Gonzalez (2-2, 3.98 ERA) to the mound this afternoon, aiming for a sweep of the Miami Marlins and a seven-game win streak.

He homered twice, including a tiebreaking, two-run shot in the ninth inning in the win and in their first game following star outfielder Christian Yelich’s season-ending injury.

“Obviously two homers is pretty cool no matter what day it is but on your birthday it’s pretty special,” Moustakas said. “But even more so is the win, especially with Yeli going down. Everyone has to step up even more.”

The Brewers won their sixth in a row and tied the Chicago Cubs for the second NL wild-card spot.

“We just have to keep that rolling into tomorrow and see where we are after that,” Moustakas said.

Yelich, the reigning National League MVP, broke his right kneecap in Tuesday night’s game when he fouled a ball off himself. He returned to Milwaukee earlier Wednesday for additional tests.

“It hurts a lot to lose him but at the end of the day we have to go out and find ways to win,” Moustakas said.

Trent Grisham, one of the outfielders expected to get additional playing time in Yelich’s absence, led off the game with a home run.

It was 5-all when Moustakas drove a fastball from Miami reliever Jose Urena (4-9) into the upper deck in right-center field for his 33rd homer. An RBI single by Zach Davies put Milwaukee ahead 5-2 in the fourth.