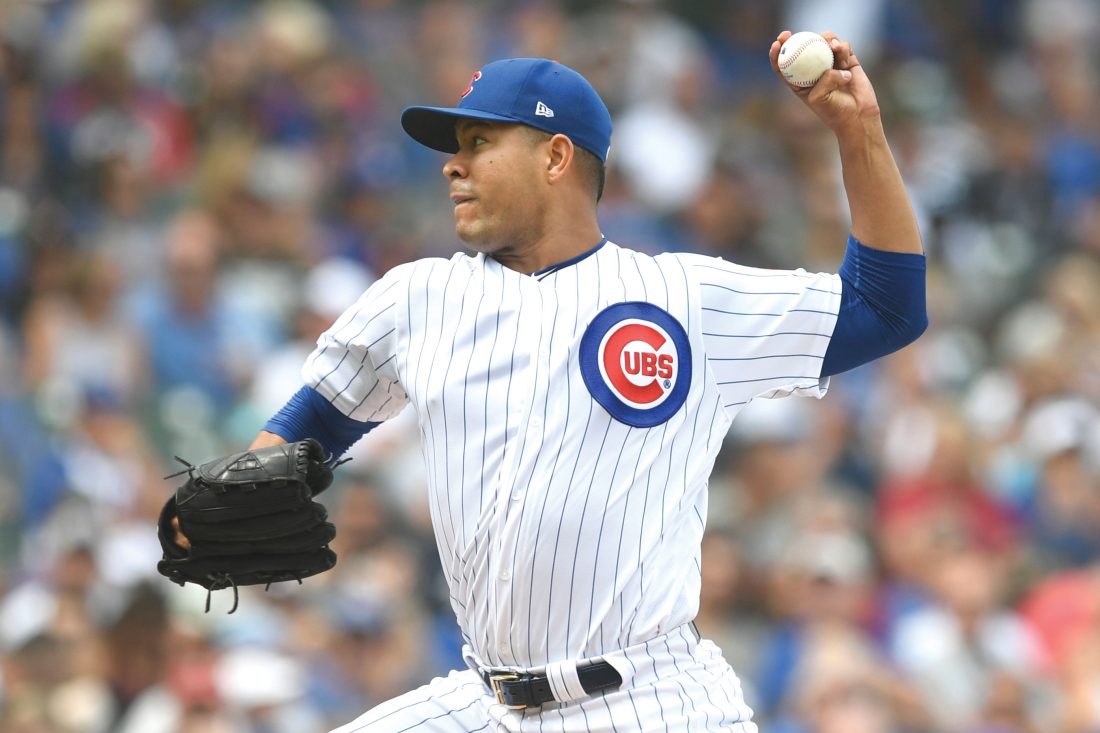 AP Photo Chicago starter Jose Quintana delivers a pitch against the Milwaukee Brewers last Friday. He will get the start for the Cubs in tonight’s opener of a four-game series between the Cubs and Milwaukee.

Chase Anderson gets a do over after allowing five runs in four innings of a lopsided loss to the Cubs last weekend. That was the game in which Nicholas Castellanos homered in each of the first two innings.

The Brewers are 34-29 against NL Central teams. Milwaukee has hit 214 home runs this season, ninth in the National League. Christian Yelich leads the team with 43, averaging one every 11 at-bats.

The Cubs have gone 30-26 against division opponents. Chicago’s team on-base percentage of .326 is fourth in the National League. Anthony Rizzo leads the club with an OBP of .403.

Yelich leads the Brewers with 154 hits and has 93 RBIs.

Nicholas Castellanos leads the Cubs with 153 hits and is batting .290. Kyle Schwarber is 12-for-32 with three doubles, a triple, four home runs and 10 RBIs over the last 10 games for Chicago.