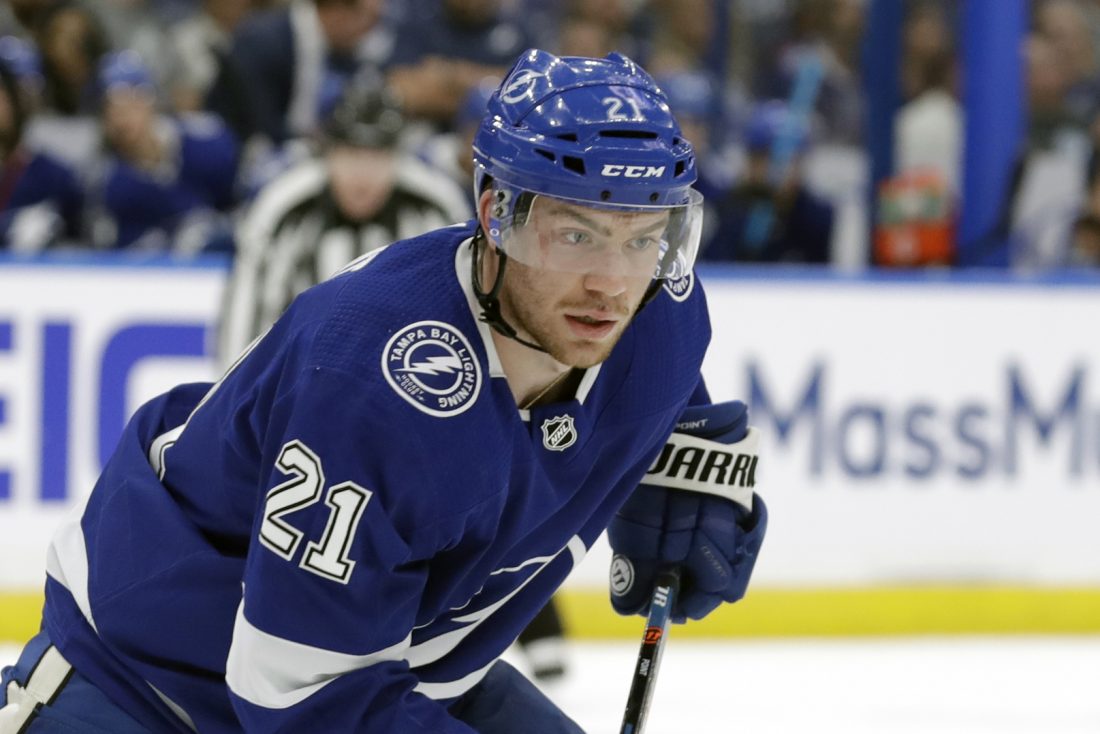 AP Photo Tampa Bay Lightning center Brayden Point (21) is one of roughly a dozen prominent NHL restricted free agents who still don’t have contracts as preseason action is about to begin.

P.K. Subban doesn’t want to give advice to all the unsigned young players around the NHL. He just vividly remembers his own experience as a free agent.

Before he signed a short, so-called “bridge” contract, he took some motherly advice.

“My mom picked up the phone and called me and said: ‘P.K., listen, you’re young still. You have lots of time. If you’re ready to go and play, go play,'” Subban recalled. “And I went and played and won the Norris Trophy.”

Almost a dozen prominent restricted free agents remain unsigned on the eve of training camps around the league, and several situations threaten to linger into the season, like Subban in 2013 and Toronto’s William Nylander a year ago. Maple Leafs teammate Mitch Marner, Tampa Bay’s Brayden Point, Philadelphia’s Ivan Provorov and Travis Konecny, Colorado’s Mikko Rantanen, Boston’s Charlie McAvoy and Brandon Carlo, and Winnipeg’s Patrik Laine and Kyle Connor could all be conspicuously absent when camps open this week.

“Everybody’s waiting on somebody to make a move,” Toronto center Auston Matthews said. “I’m surprised there’s lots of guys. It’s not just (Marner). You’ve got a lot of really good players that aren’t signed yet. I guess everybody’s just kind of playing the waiting game.”

Dominoes could start to fall after Columbus signed restricted free agent defenseman Zach Werenski to a $15 million, three-year deal and New Jersey gave forward Pavel Zacha $6.75 million over three years . The salary cap is a concern: Toronto will have to use long-term injury allowance to get Marner under contract, Tampa Bay has less than $9 million in cap space for Point, Boston is roughly $7 million under with McAvoy and Carlo unsigned, and Winnipeg has $15 million for both Laine and Connor.

“Everybody’s got room to do what they need to do,” NHL Commissioner Gary Bettman said. “You’re not looking at situations where the restricted free agents haven’t been made substantial offers. It’s they and their agents want more. I respect that.”

NHLPA executive director Don Fehr said he would like all those players to have the contracts they want but acknowledged, “That’s not probably the world we live in.” The ongoing contract stalemates have sparked plenty of questions about the lack of rights for restricted free agents and the trend toward younger players wanting to cash in on their second contracts.

“The team has you in a certain situation where you have no rights, so you don’t have much of a say,” Boston defenseman Torey Krug said. “That’s how it’s set up. Those guys will make their big bucks later on or whatever. It’s just how it works.”

Krug said, “If you just look at the star power, it’s potentially damaging to some teams” if they can’t get their restricted free agents signed in time for the start of the season. Nylander missed the first two months last season when contract talks were at an impasse. Things could also drag out with Marner and others.

“Every player just wants a deal that they think that they deserve,” Nylander said. “There’s always going back and forth, and sometimes there’s no talking at all. … It’s always a tough process. In the end it’ll work out for both sides.”

It didn’t work out between Edmonton and restricted free agent forward Jesse Puljujrvi, who took his talents back to Finland for the season. Zacha was in talks to play in the KHL before signing with the Devils.

The overseas route is far more common for European players but is often considered a last resort.

The Bruins without McAvoy and Carlo and the Flyers without Provorov and Konecny are in a similar spot. Boston could be without half of its top four on defense.