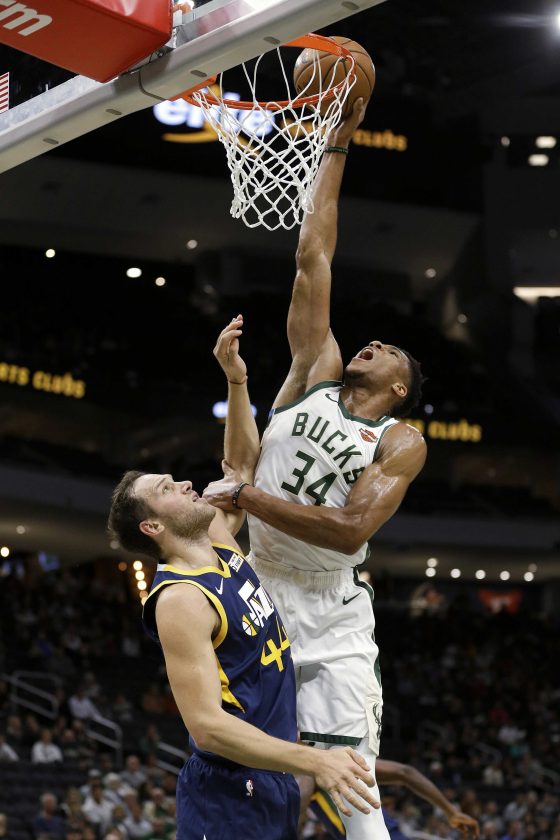 MILWAUKEE (AP) – Giannis Antetokounmpo led Milwaukee with 22 points, 11 rebounds and four assists. Khris Middleton and Brook Lopez each added 14 points for the Bucks (2-0) in a 133-99 thrashing of Utah Wednesday evening.

Derrick Rose had 18 points and five assists off the bench, Blake Griffin added 17 points and five rebounds, and the Pistons spoiled Kristaps Porzingis’ debut with the Mavericks.

Luke Kennard was one of seven Detroit (1-1) players in double figures with 19 points, going 5 for 6 from 3-point range. Andre Drummond added 13 points and nine rebounds.

In China, in response to the NBA defending Daryl Morey’s freedom of speech, Chinese officials took it away from the Los Angeles Lakers and Brooklyn Nets. All of the usual media sessions surrounding the Lakers-Nets preseason game in Shanghai on Thursday — including a scheduled news conference from NBA Commissioner Adam Silver and postgame news conferences with the teams — were canceled. The game was held as scheduled, with LeBron James and Nets’ Kyrie Irving getting loud ovations when they were introduced as starters. But neither national anthem was played before the game.