Davies, Grisham off to San Diego 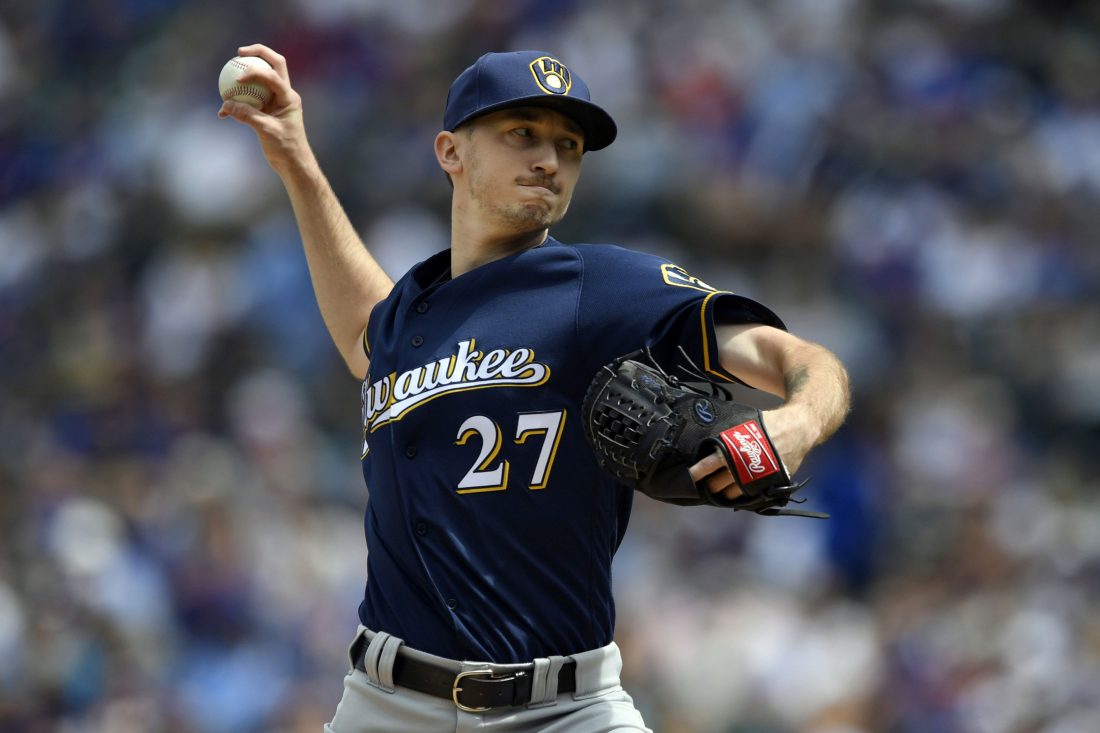 AP Photo Milwaukee starter Zach Davies delivers a pitch against the Chicago Cubs last season. The San Diego Padres have acquired Davies and outfielder Trent Grisham from the Brewers in exchange for left-hander Eric Lauer, infielder Luis Urías and a player to be named later or cash considerations.

They were the first big moves of the offseason for the Padres, who have lost more than 90 games for four straight seasons and haven’t been to the playoffs since 2006.

San Diego and Pomeranz — an All-Star during his brief stay with the Padres in 2016 — agreed to a $34 million, four-year contract.

The left-hander had a strong final two months of the season with the Brewers after being traded to Milwaukee from San Francisco. He was 0-1 with a 2.39 ERA in 25 games, including one start.

“We’re banking that he’s found a role that really fits for him and it was a chance to get an impact performer,” Padres general manager A.J. Preller said.

Preller Pomeranz pitching ahead of closer Kirby Yates is “going to be a tough combo at the back end of the game. … It’s hard to find lefties in general and lefties that have real out pitches, who can also fill a variety of different roles.”

Pomeranz spent the first half of 2016 with the Padres, going 8-7 with a 2.47 ERA and earning an All-Star berth. He was traded to Boston two days after San Diego hosted the All-Star Game.

The Padres, last in the NL West at 70-92 this year, sent infielder Luis Urias and left-hander Eric Lauer to Milwaukee for Davies and Grisham. They’ll also send cash or another player to the Brewers, who made it to the playoffs the last two seasons.

Davies was 10-7 with a 3.55 ERA in 31 starts in 2019, his fifth big league season. He made $2.6 million and is eligible for salary arbitration. He and Garrett Richards will add a veteran presence to an otherwise young rotation. Richards made three starts late last season in his return from Tommy John surgery.

The Padres get a left-handed bat in Grisham, who is expected to play center field. He made his big league debut in 2019, hitting .231 with six home runs and 24 RBIs in 51 games. He made 36 starts, playing all three outfield positions. He committed a key error in Milwaukee’s loss to Washington in the NL wild card game.

Urias split 2019 between the Padres and Triple-A El Paso. He had two stints with the Padres, batting .223 with four homers and 24 RBIs. He made his big league debut in September 2018.

“It was more of a trade in an area of need for both clubs,” Preller said. “To get good players you have to move good players.”