Both earn award for second time 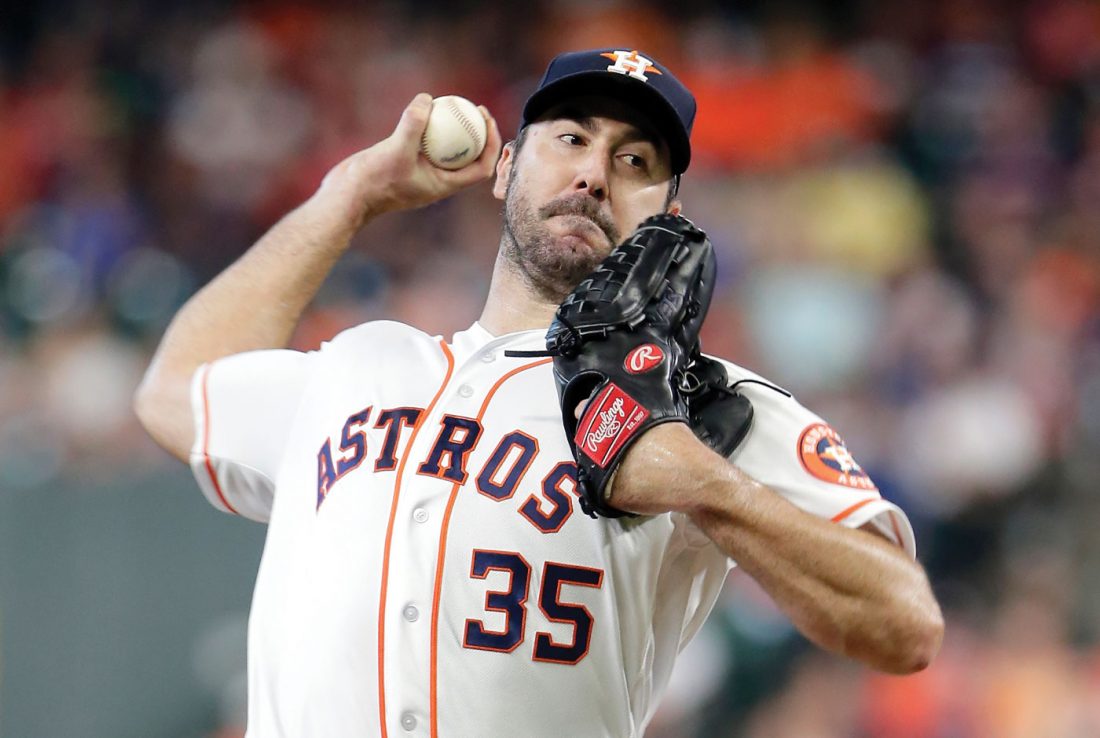 Verlander beat out Houston Astros teammate Gerrit Cole in balloting by the Baseball Writers’ Association of America revealed Wednesday night. Verlander got 17 first-place votes to 13 for Cole, who became a free agent after the season.

Mets ace Jacob deGrom won the NL prize for the second straight year. He received 29 of 30 first-place votes, becoming the 11th pitcher to win Cy Youngs in consecutive years. He and Verlander are the 20th and 21st players to win the award multiple times.

The 36-year-old Verlander won his first Cy Young in 2011 with Detroit, when he was also named MVP. Since then, he’d been a runner-up three times.

“The adversity I went through puts a new perspective on everything,” he said. “I mean, still would’ve liked to have won a couple of them.” 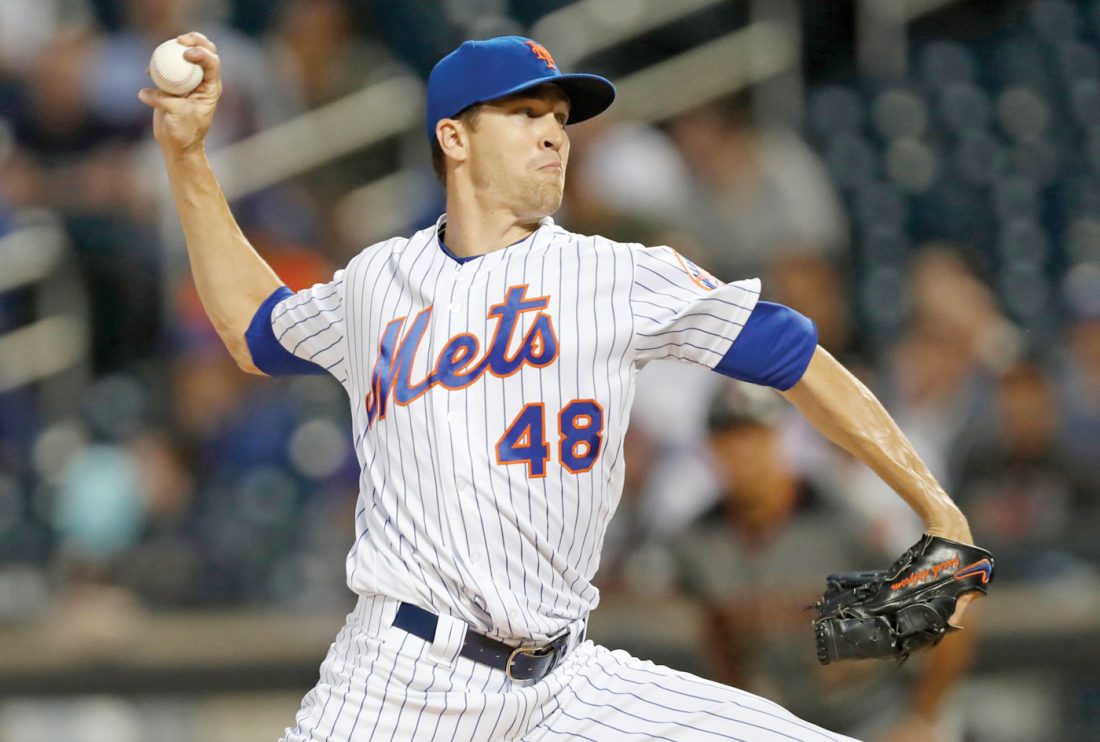 Verlander continued a marvelous second act to his career since a 2017 trade from Detroit to Houston. He led the majors with 21 victories and padded his Hall of Fame resume by getting his 3,000th strikeout in his final start of the regular season. He also reached 300 punchouts in a season for the first time.

Verlander no-hit Toronto on Sept. 1, becoming the sixth pitcher with three no-hitters in a career. He joined a group that includes Hall of Famers Nolan Ryan, Sandy Koufax, Bob Feller and Cy Young, along with 1880s pitcher Larry Corcoran.

Forget about slowing down — Verlander’s goal this offseason is to add velocity to his top-end fastball. He’s thinking about using weighted balls and other new-age throwing techniques.

“I will always try to push the boundaries of what I can do,” Verlander said. “If my body says, ‘Hold on, you can’t do that anymore,’ then I’ll pull back.”

The case between Verlander and Cole was tight. Cole had more strikeouts (326) and a lower ERA (2.50), but Verlander threw 10 2/3 more innings and won more games. They are the first set of teammates to finish 1-2 in AL voting — it’s happened five times in the NL. 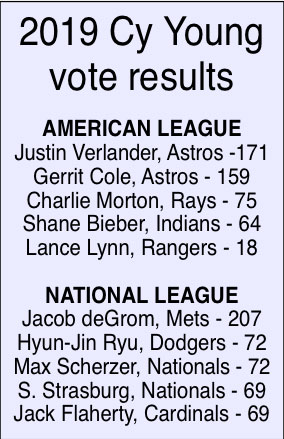 Verlander and Cole pitched Houston to the World Series, where Cole continued to dominate while Verlander faltered. The right-hander lost twice to the champion Washington Nationals — a letdown not factored in voting that concluded before the postseason began.

He’s hoping to take another run at a title — with Cole — next season.

“I know that Gerrit had a great time playing here and I know he would like to return, if possible,” Verlander said. “But that is now on Gerrit and his family and people above me.”

“It was a dream to play this game and a dream to win one Cy Young,” deGrom said. “To win back to back was a goal. It’s hard to explain. You set these goals, but it almost doesn’t feel real yet.”

A year after taking the award despite just 10 victories — fewest ever by a starting pitcher — deGrom earned 11 wins with a Mets team that’s struggled to support him.

After signing a $137.5 million, five-year deal to remain with New York shortly before opening day, deGrom wasn’t so dominant early in the season. He got hit around in April and May, even allowing seven runs in an outing against the last-place Marlins.

The embarrassment in Miami was a wake-up call for the gritty deGrom. Following that loss, he went 8-3 with a 1.89 ERA over his final 23 starts. DeGrom wrapped up the season with 23 consecutive scoreless innings.

“I feel like I was trying to better what I did in 2018,” he said, adding “I think that was something I struggled with to start this year, was kind of dwelling on what happened last year. Kind of not focusing on the task ahead as much as I probably should have.”

Awards week wraps Thursday with the announcement of AL and NL MVPs. Angels star Mike Trout is seeking his third MVP but might lose out after his season was cut short due to injury. Astros infielder Alex Bregman and A’s shortstop Marcus Semien are the other finalists in the AL.

Brewers outfielder Christian Yelich is trying to repeat as the NL winner, but his season was also cut short by an injury. It’ll likely be him or Dodgers youngster Cody Bellinger. Nationals third baseman Anthony Rendon is also a finalist.