Djokovic adds to Slam streak vs. Federer at Australian Open 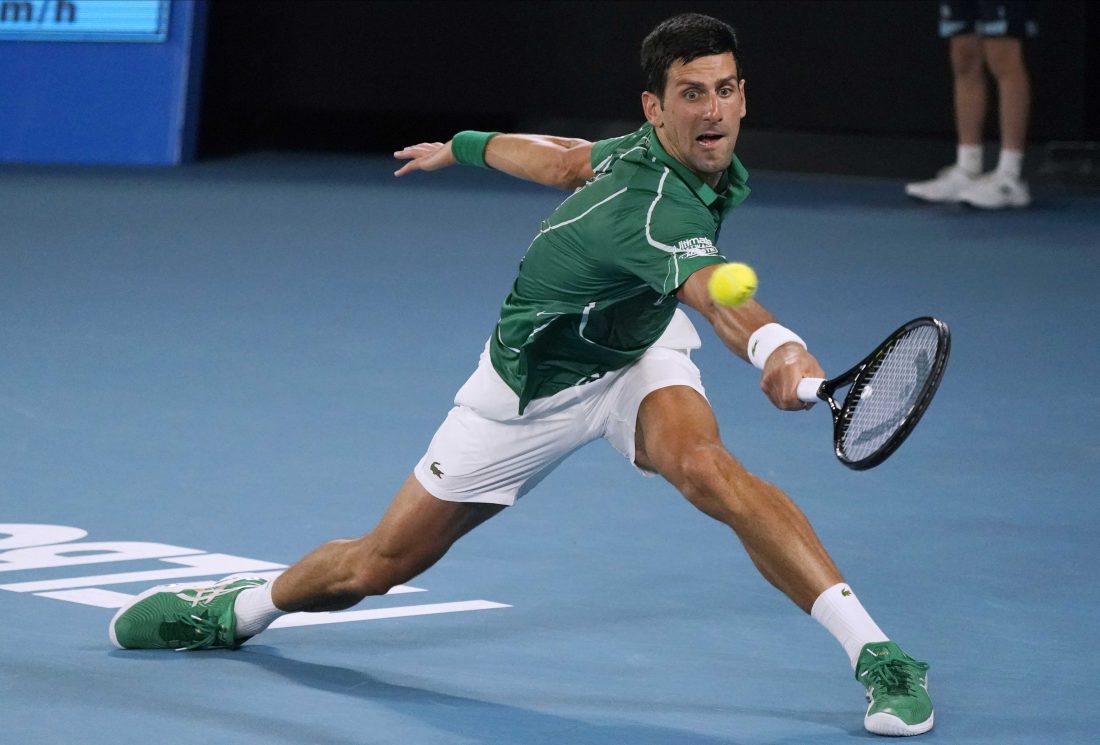 MELBOURNE, Australia (AP) — Novak Djokovic was wondering, right along with everyone else, what sort of shape Roger Federer would be in for their Australian Open semifinal.

At age 38, despite dealing with a painful groin muscle and coming off a draining five-setter, Federer came out just fine, it seemed, and soon was up 4-1 and love-40, holding a trio of break chances as Djokovic served.

Didn’t last. Federer couldn’t sustain that level. Neither his body nor Djokovic would let him.

Casting aside a bit of a poor start during the rivals’ 50th meeting, Djokovic stretched his Grand Slam winning streak against Federer to six in a row with a 7-6 (1), 6-4, 6-3 victory Thursday night that earned the defending champion a record eighth trip to the final at Melbourne Park.

“Today was horrible, to go through what I did. Nice entrance. Nice sendoff. And in between, it’s one to forget, because you know you have a 3% chance to win,” Federer said, adding that he discussed beforehand with his team how bad things would need to get for him to stop playing. “Once you can see it coming, that it’s not going to work anymore, it’s tough.”

Djokovic now leads their head-to-head series 27-23, including 11-6 at majors. Federer hasn’t beaten him at one of the sport’s four most important tournaments since 2012.

“I just want to say, respect to Roger for coming out tonight. He was obviously hurt,” Djokovic said. “Wasn’t at his best.”

The No. 2-seeded Djokovic will try to collect a record-extending eighth Australian Open title on Sunday against No. 5 Dominic Thiem or No. 7 Alexander Zverev.

Djokovic also can claim a 17th major trophy overall to move closer to Federer’s record of 20. Rafael Nadal, beaten by Thiem in the quarterfinals, is at 19.

Clearly, for Djokovic vs. Federer, everything hinged on the first hour or so.

They played on a muggy, sweltering evening, with the temperature in the high 90s (high 30s Celsius) and no breeze to offer respite.

Almost from the moment his wild quarterfinal ended Tuesday after he’d saved seven match points and eked past Tennys Sandgren in five sets, speculation swirled about how well Federer would recover.

Might the muscle issue force him to pull out of the tournament? Why didn’t he practice Wednesday?

As it happens, Federer showed up, of course. And gave what he could until the end.

He’s never handed an opponent a walkover across more than 400 Grand Slam matches, never retired from any of his more than 1,500 career tour-level matches.

“I don’t think I would have gone on court if I had no chance to win,” Federer said. “We saw I was still able to make a match out of it.”