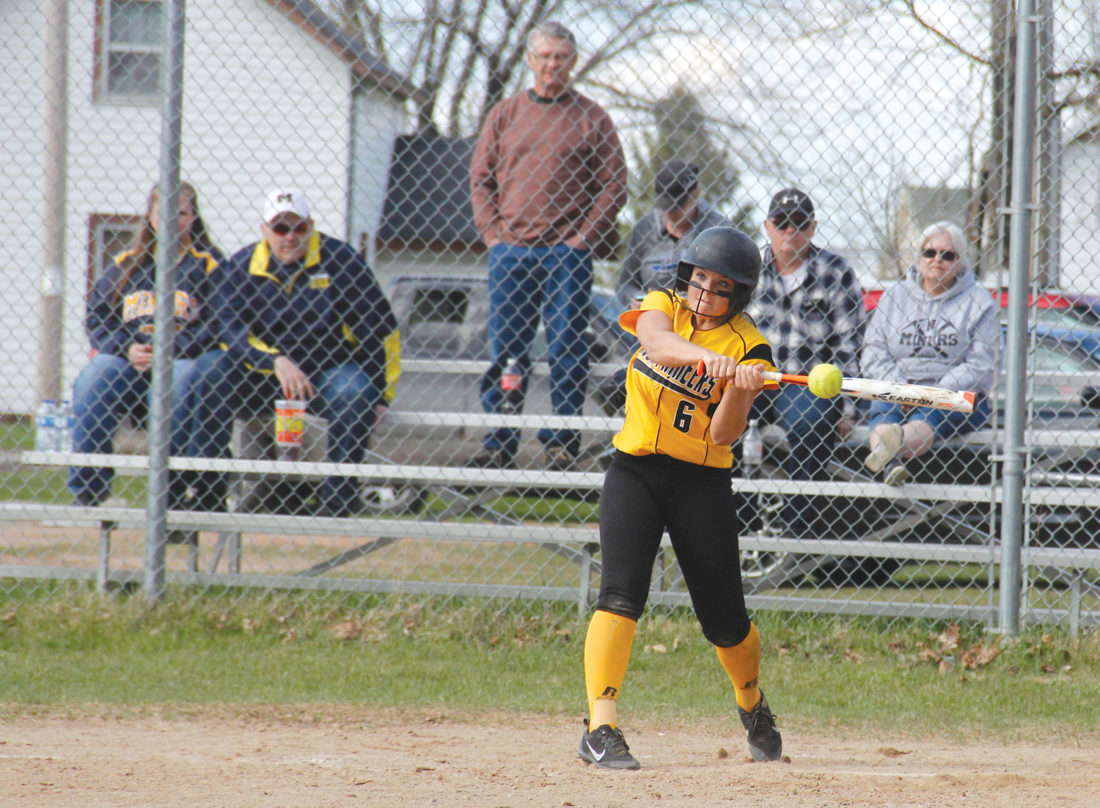 The Miners won the first game 16-3 and the second game 19-6. Iron Mountain walked 31 batters in both games combined.

“It’s a frustrating day. Pitching wasn’t there,” Iron Mountain coach Dean Lefebvre said. “We had more hits than them but we walked a lot of batters. When you get behind like that, it’s hard to dig out of the hole.”

The Miners started the second game with a six-run first and added five more runs in the second.

“She hit her second home run of the year and that was a little bit of a spark,” Lefebvre said. “Everybody started swinging the bat and having fun. We’re just missing that key element where a pitcher can throw consistent strikes and a hundred pitches.”

“It’s kind of difficult sometimes, I see they have some young pitching, so when you’re walking kids that often it’s hard for kids to stay disciplined and sometimes you swing at some bad pitches,” Carlson said. “We came in and did what we had to do. We scored some runs and played pretty good defense overall.”

The Mountaineers out-hit Negaunee in both games, but the pitching and defensive lapses undermined the offense.

Haily Fezatt, Skyler Hall and Malorie Munson pitched in both games for Negaunee.