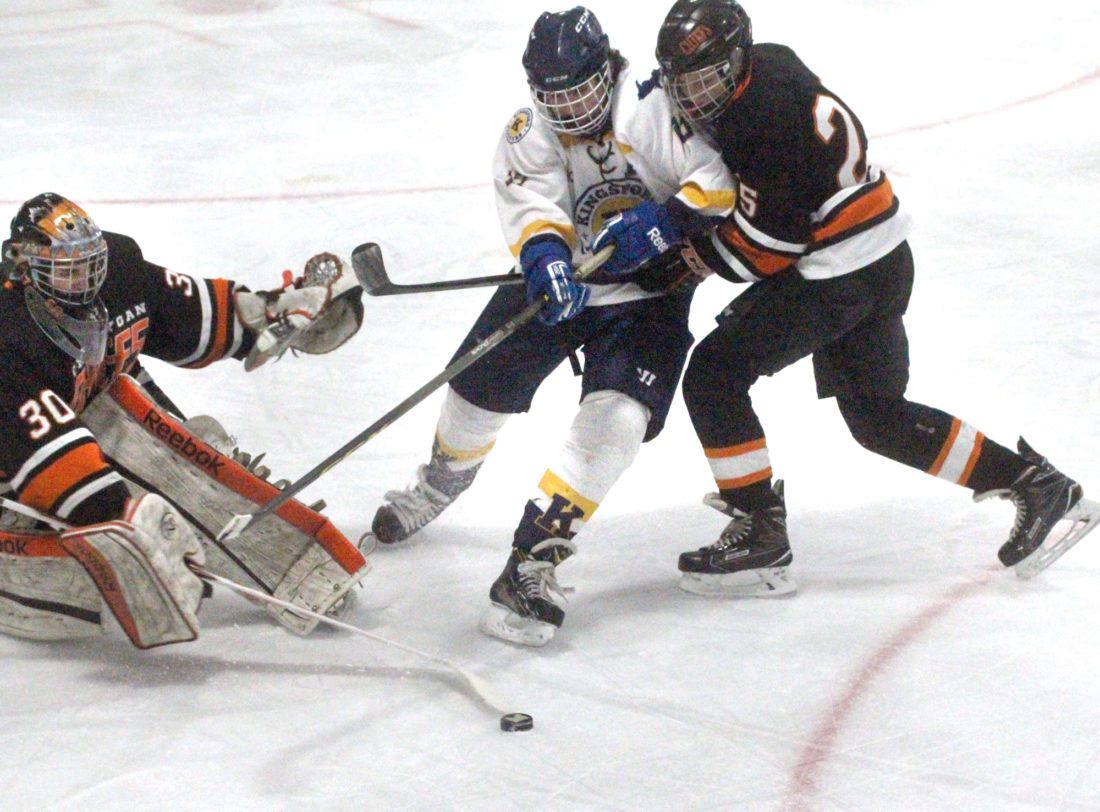 The Flivvers, under new coach Dennis Murvich, owned 3-1 lead after the first period and added five more in the second.

Murvich scored three goals on the afternoon while Daunte Fortner and Reece Fortner each had two. Eamonn and Ben Shroeder had the other goals.

The Chiefs began their season Friday, scoring two power-play goals in a 4-2 loss to Jeffers in Houghton. Jake Marcotte scored twice and Noah Nettell made 20 saves for the Jets.

The Flivvers are not playing with a full roster as Dempsey Lauridsen is out with an injury and some players from Forest Park and West Iron County just finished their football seasons during the weekend.

With Tuesday’s game with Escanaba postponed, Kingsford returns to its home ice Tuesday, Nov. 28, against L’Anse.

NIAGARA, Wis. — Niagara’s balanced scoring went for naught as the Badgers dropped a 48-46 decision to St. ...

FLORENCE, Wis. — Hot-shooting Three Lakes was too much for Florence to keep up with Thursday evening, as the Blue ...

ISHPEMING — In what was a closely contested girls basketball game, Ishpeming slipped past Iron Mountain, 45-41, ...