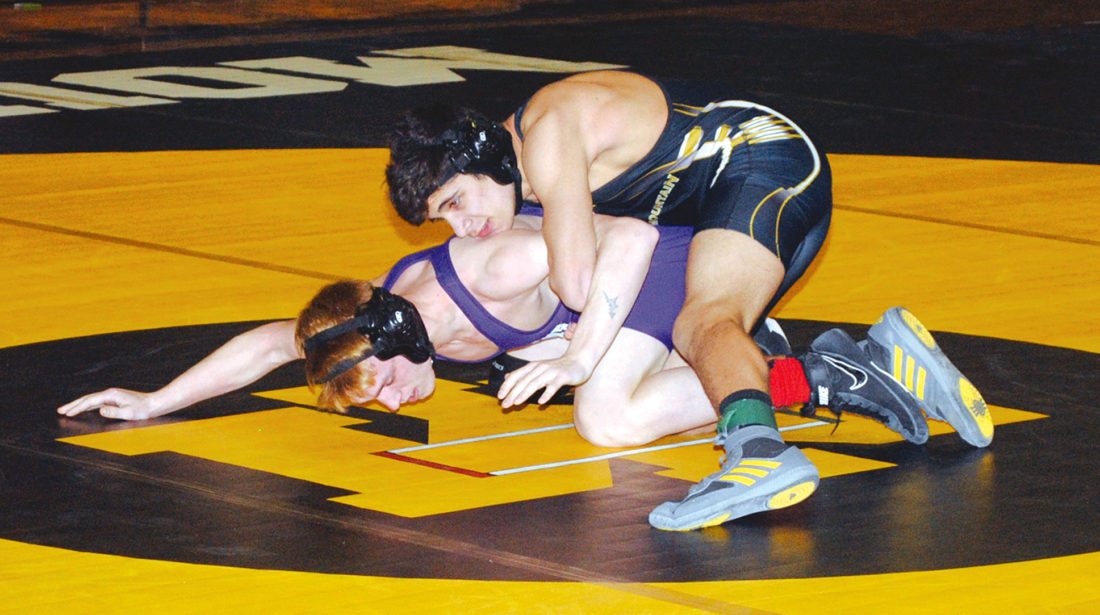 Whitehall spilled Gladstone 51-21 for a third straight regional title and berth in the state quarterfinals at Kalamazoo. Gladstone defeated Iron Mountain 66-6 and Whitehall whipped Manistee 75-6 in the regional semifinals.

“We’ve got a boy from Negaunee coaching our middle school team. That’s 100 percent what it is,” said Sandee, who brought 28 wrestlers to Iron Mountain and left half at home because of state requirements. “You talk to anybody around here who knows wrestling knows the Champion boys.”

“We were outclassed, outmatched,” Seronko said. “We tried moving people around the best we could. It’s hard because they’ve got practically three teams over there.”

Whitehall, ranked fourth in the state, lost the first match of the finals when Cole Hansen beat Tom Balaskovitz 8-2 at 140 pounds. But that just seemed to fire up the Vikings who rolled from there for a 23-3 cushion.

“We got a little sloppy in matches,” Seronko said. “There’s a a lot of improvement that needs to be worked on with this team. We’ll have to look it as a warm up for the individuals.”

All four schools will be represented Saturday in the Division 3 individual regionals at Kalkaska.

“Gladstone is a pretty good team,” Sandee said. “I didn’t get a lot of sleep last week trying to prepare for what we were going to do. That Bruce kid is one of the better wrestlers in the state of Michigan.”

Allen Powers (189) and Kyler Honore (145) each had two falls on the night. Balaskovitz was recognized for his 100th career win in the semifinals.

Mountaineers coach Cory McLaren has plenty of respect for both programs. Whitehall has turned out NCAA Division 1 wrestlers.

“You can just see the difference in Whitehall,” McLaren said. “Even when they’re in trouble, they’re not in trouble. There’s no panic.

“It was good for our kids to see. I wanted them to watch how they warmed up. They bring a different intensity.”

“We just can’t match up with Gladstone,” McLaren said. “But it was a good season.”