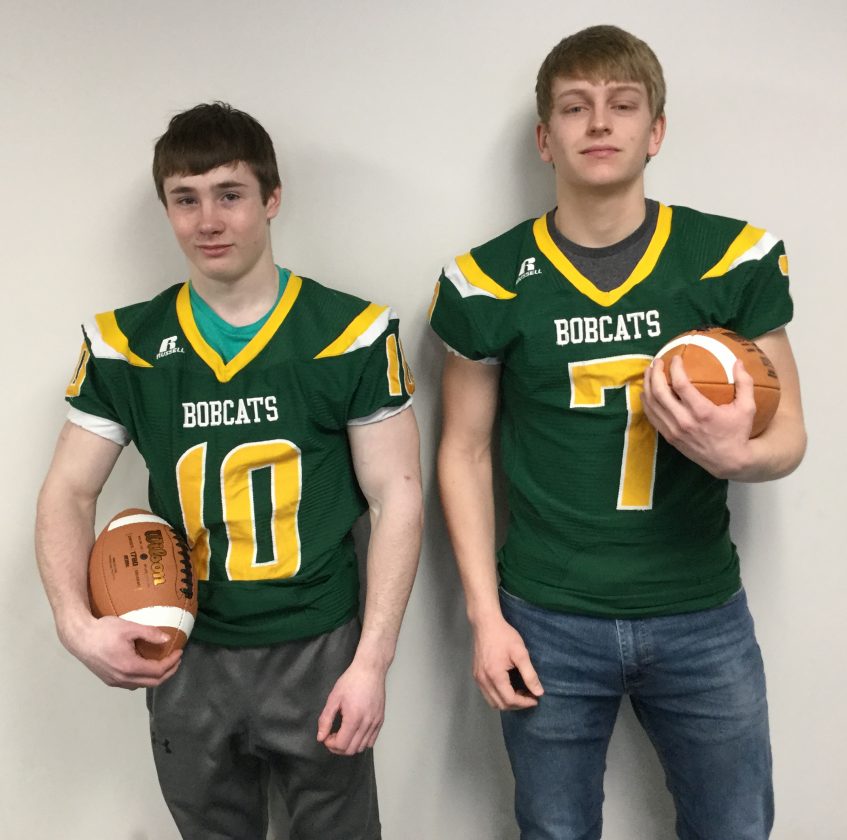 The Bobcats’ senior co-captains will play for the South team.

“It’s a prestigious honor and I’m proud and pleased for both of them,” said Florence Coach Kent Walstrom. “They’ve certainly earned this recognition with their leadership, talent and hard work throughout their years of playing high school football.

“They’ll do a great job representing the Bobcats, and more importantly, they’ve been given a platform for raising donations for the Children’s Hospital of Wisconsin, which is what the WFCA charity all-star games are really all about.”

“Weird geography, but because so many eight-man teams reside in the northwestern side of the state, Eric and Joseph will be playing for the South squad,” said Walstrom.

The All-Star games will be played at JJ Keller Field at UW-Oshkosh’s Titan Stadium on Saturday, July 20. Anyone wishing to learn more about the game can go to chw.org/wfca.

To donate to Eric or Joseph’s fundraising effort, visit their Facebook pages or contact coach Walstrom at school at walstromk@myflorence.org.

Wausaukee’s Joey Rozivka and Andrew Schaal are also part of the South roster.