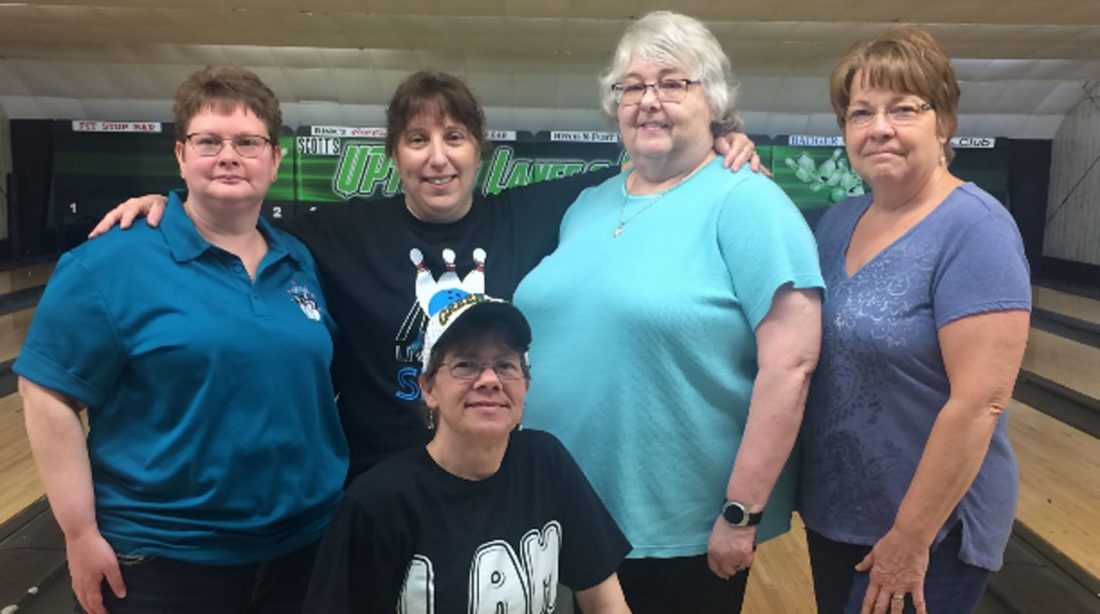 Bowling began Saturday at Recreation Lanes, with the host team beginning the tournament by firing a 3116 series to UpTown’s 3013. Joe Tomassoni topped all scoring with a 723 series on games of 238, 269 and 216. Shooting a 647 series was Lance Ellis, with Jared Cudnohufsky throwing 620 and Kevin Hanson 611.

Though Mike’s On Main did not field a men’s team, the remaining teams chose to bowl at all three stops. They followed the ladies to the second stop at Mike’s. Recreation continued its dominating form, fashioning a 2945 series on demanding conditions. Scott’s Uptown Lanes finished 115 pins behind with a 2830 series.

The two stops gave Recreation Lanes a six-game score of 6061 to UpTown’s 5843. Tomassoni again led the scoring with a 683 series, followed by Styberski with 643, Hanson with 631 and Mike Mikolajczyk at 601.

Lianne Phillips is the granddaughter of tournament namesake Marge Gehring.

In the second leg at Mike’s, the host team took over first place with a 2914 series while UpTown moved into second with a 2959 series, putting them 82 pins out of the lead. A score of 2785 left Recreation Lanes in third place, 92 pins out.

Petrick again topped the ladies with a 536 series. Phillips threw a 524, with Westrich shooting 504 and Szymanski 501.