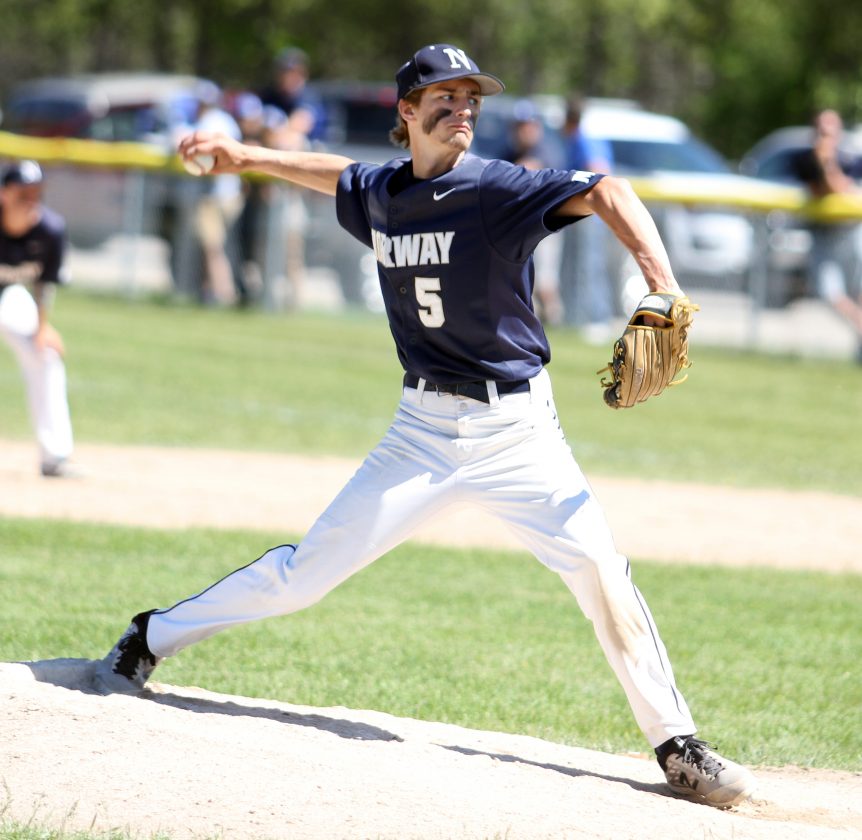 EAST JORDAN — A team that’s been there before prevented Norway from being there this time.

The Knights defeated Inland Lakes 6-0 to win an MHSAA Division 4 regional championship, but fell short in a 14-9 loss Saturday to Gaylord St. Mary at East Jordan.

“We had solid pitching,” Norway fifth-year head coach Randy Van Gasse said. “Gannon (Bray) came in and did a nice job. We worked ourselves out of a couple situations defensively, and that was key.”

Gaylord St. Mary advances to the state semifinal against Petersburg-Summerfield on Friday at Michigan State University. Saginaw Nouvel plays Decatur in the other semifinal. The state championship game is at 5 p.m. EDT Saturday.

The Knights (22-5-1) won a regional championship three years ago before Gaylord St. Mary also spilled the Knights in the state quarterfinal.

Trey Doda reached each of his first three plate appearances, two on singles and then a walk. He scored all three times to account for half of the the team’s output.

Norway scored in every inning but the first against the Snowbirds, who will be making their fourth straight state semifinals appearance.

Prior to running into the Snowbirds, the Knights hadn’t surrendered more than two runs in any playoff contest, allowing four to cross the plate in as many games.

Amundson drew three walks as the Snowbirds had to use reliever Brady Hunter for only his second start of the year after No. 2 starter Joseph Moeggenberg was ejected in St. Mary’s opening-game win over Johannesburg-Lewiston over a collision with Cardinals catcher Dan Runyan that the umpire ruled was intentional.

Hunter allowed four hits and three walks in 2 2/3 innings, with Andrew Zielinski coming on for 4 1/3 frames and giving up seven hits.

Inland Lakes and St. Mary seem like decent bets to return next year as well, with only one senior on the Bulldogs roster and Snowbirds starting a lineup of seven juniors and two sophomores.