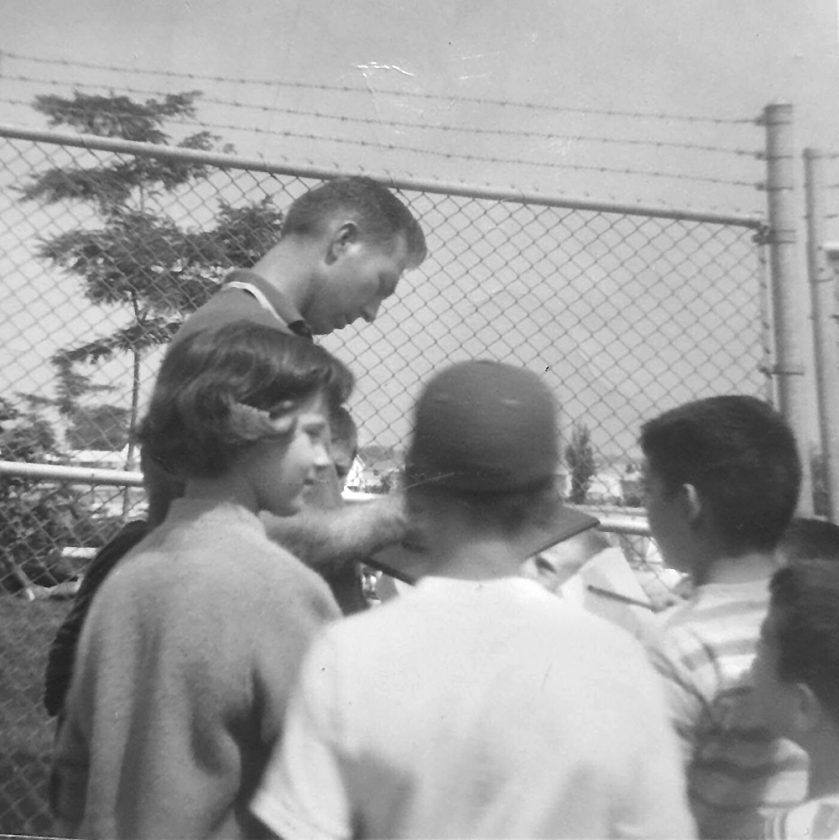 A young and then shy Steve Mariucci waits for an autograph from Packers great Bary Starr during an August 1965 practice session in Green Bay. Steve’s sister Donna was the brave one in the family, initially approaching Starr for an autograph.

“My hero became my friend,” said Mariucci, an NFL Network analyst and former NFL coach. “He was the reason I began loving football. I wanted to be Bart Starr in the backyard.”

Mariucci, in a heartfelt NFL Network interview, recalled how he watched Starr at a Packers practice. The once-reserved Mariucci needed his sister, Donna, to get an autograph from the legendary quarterback.

When Mariucci and Tommy Izzo hosted the IM Classic, Bart Starr made an appearance for the golf tournament and fundraiser at TimberStone Golf Course in Iron Mountain.

“He helped raise money for Iron Mountain High School,” Mariucci said. “That’s the kind of heart he has.”

Mariucci’s friendship with Starr and his wife, Cherry, grew through his coaching and television career. Starr was on hand for Mariucci’s 60th birthday.

“I was just so in awe of Bart Starr,” Mariucci said. “I knew him for a long time. He was huge influence on me and so many people.”

Starr, who quarterbacked the Packers to a pair of Super Bowl titles, died late last month. It wouldn’t be a surprise if Mariucci will be asked to speak when the Packers honor Starr during the Sept. 15 game against the Vikings …

One of my many highly-reliable sources, this be ing the Patriot, garnered a Bart Starr autograph from Northern Michigan University’s All-Sports Banquet on May 25, 1971, at CB Hedgcock Fieldhouse.

Knights coach Jeff Gallino said the scrimmages will run Monday nights for six weeks in June and July. A tournament will be staged during the final week.

“Coach (Mike) Malone approached me about the idea and Norway seemed like the most logical choice because of space and location,” Gallino said of the Jets. “It should be a competitive summer.” …

From Las Vegas’ Josh Sharman, telling the RJ about baseball and doubles tennis with his brother Jason: “Baseball is more competitive, and everything about it is pretty much better. But tennis was more fun because I got to play it just with my brother.” …

Returned from Minnesota with Vikings pocket schedules and another ordeal with a catheter.

Before my procedure, I was put much at ease when the surgeon informed the Scuttles that he was a former geologist with NMU ties who had a place built in Iron County by Jim Nocerini. The anesthesiologist said he went to school with a guy that lived in the Twin Cities — Iron River and Stambaugh. The surgical nurse had a pastor in the family with ties to Florence and Foster City …

Burt Angeli is a Daily News columnist, sports writer and former sports editor for more than 35 years. He can be reached at bangeli@ironmountaindailynews.com or 906-774-2772, ex. 25.