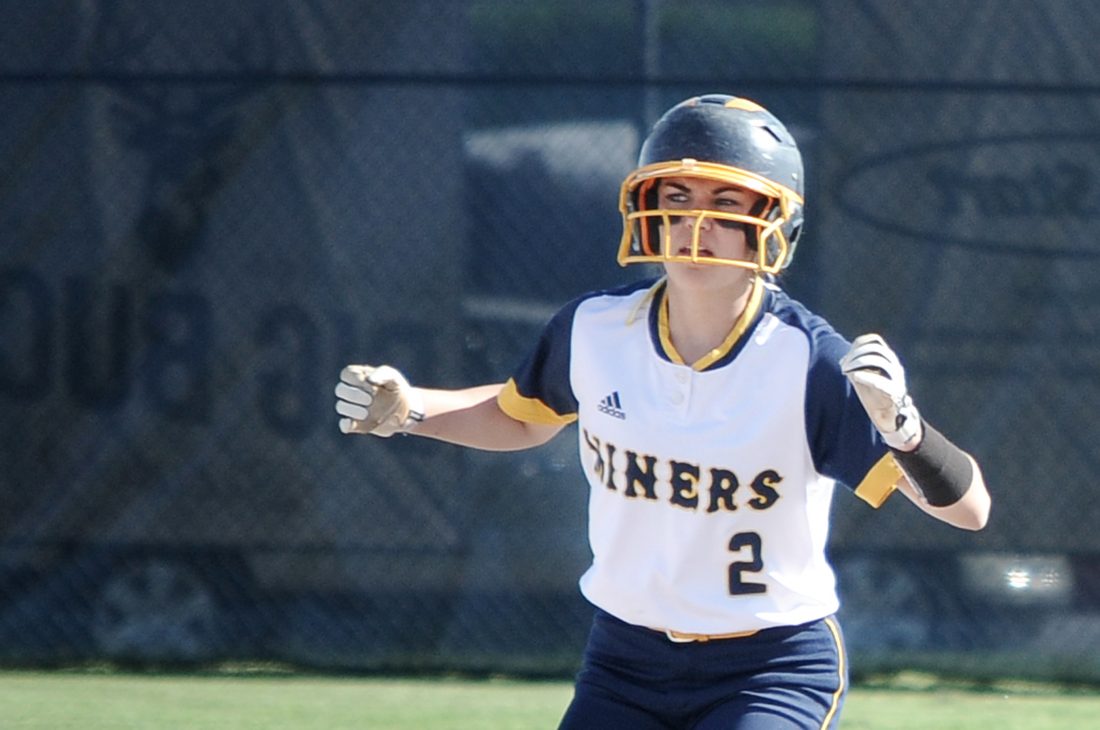 Unfortunately, that was all Standish-Sterling Central needed to spoil Negaunee’s softball season on Tuesday as the Panthers handed the Miners (29-7) a 2-1 season-ending loss in the MHSAA Division 3 quarterfinal round at Gaylord.

The Panthers advance to a 5:30 p.m. Friday semifinal against Millington. The state final is Saturday.

“Skylar (Hall) pitched awesome, basically she just hit two bats,” Negaunee head coach Randy Carlson said. “They’re good hitters, but after those home runs they didn’t get anything. It’s just, you swing hard and sometimes you get ahold of it and that’s how they got their runs.”

Despite Hall’s dominance in the pitcher’s circle, the Miners struggled to get much going on offense themselves, collecting just three hits and four total baserunners.

Standish’s Lakin Fryzel was perfect through 3 1/3 innings before allowing three hits and Negaunee’s only run in the fourth. All this came against a Negaunee team that had averaged more than 10 runs a game in the postseason.

“I don’t really know what it was, but from what the girls said, she threw a good curveball and we haven’t seen a lot of those this year,” Carlson said. “So, that was a bit of an adjustment. Plus, at this level all the teams are good teams, the pitchers are good and the defenses are good.

“Hannah (Voskuhl) started off the game with a shot that could have split the gap, but they made a nice play. Overall, we didn’t hit like we had been but I didn’t expect us to. I knew last weekend was an aberration, I knew we wouldn’t be able to come down here and score 15 runs.”

That was the weekend of the regionals at their home LaCombe Field when the Miners defeated Kingsley 14-1 and Gladstone 15-0.

On Tuesday, after Hall struck out the game’s first batter, Standish scored its first run when Karleigh McBride blasted the ball over the fence. Hall rebounded from there, fanning the next two batters to finish the inning.

With one out in the second, Taylor Krzyzaniak added to the lead with a towering shot over the centerfield fence. Though the next batter walked, Hall again settled in, striking out the next two to end the threat.

From there, Hall danced around traffic on the bases all afternoon. The Panthers got a leadoff single and a steal to put a runner in scoring position in the third. Hall got the next batter to pop up on the infield for the first out of the frame, and she blew two-strike fastballs by the next two hitters to retire the side.

In the top of the fourth, Standish’s first runner reached base on a walk. Two pitches later, the baserunner attempted to steal second, however Negaunee catcher Katelyn Lammi fired a perfect throw down to second, which shortstop Voskuhl received near the bag, applying the tag for the first out of the inning.

The next batter was hit by a pitch but Hall got the next two batters to fly out to end that threat.

Standish’s leadoff batter in the top of the fifth reached base on a bunt single. She advanced two bases on a sacrifice bunt, putting her on third base with one out. The next batter attempted a squeeze bunt to bring her home, but first baseman Abby Nelson pounced on the ball, flipping it home where Lammi applied the tag for an out. Hall promptly struck out the next batter to end the inning without damage.

A Standish leadoff batter reached base in the sixth and seventh as well. Then Hall buckled down each time, getting a pair of flyouts and a strikeout in the sixth and a groundout and two strikeouts in the seventh.

“Almost every inning they were getting their leadoff runner on, but we kept getting out of it,” Carlson said. “Skylar pitched well enough to win, but like I said we just couldn’t score. It’s frustrating, but the girls played hard and you have to give Standish some credit, their pitcher pitched well.

“Looking at their scores, she hasn’t given up many runs this year. Good pitching will a lot of times beat good hitting and today it did.”

Fryzel retired the first 10 Negaunee batters, though Voskuhl nearly started the contest off with an extra-base hit. She lined a pitch into the left-field gap, but the Standish leftfielder made a nice running catch to spoil the bid for at least a double.

With one out in the fourth, Nelson got her team’s first hit, lining a single to right. Lammi followed with another single to right, putting runners at first and second. The next batter struck out, and with two outs MacKenzie Karki lined the ball to the outfield, the ball just bouncing away from the Standish centerfielder for an RBI double, making it 2-1 and putting Lammi at third.

The next batter struck out, however, to end the threat as the Miners only had one more baserunner the rest of the way. Payton Drew led off the bottom of the seventh with a walk, eventually reaching second on a fielder’s choice before being stranded when the game ended.

Hall threw the seven-inning complete game, giving up two earned runs on five hits, three walks and one hit batter while striking out 11.

Karki had a double and an RBI, while Nelson added a single and scored a run and Lammi had a single. Drew also reached base on a walk.

Fryzel’s final line for Standish was seven innings, one earned run on three hits, one walk and nine strikeouts.

“We had a big group of seniors and they did something that we had never done before,” Carlson said. “We had never won a district let alone a regional, so for us to come down here twice is special.

“It would have been really nice to get down to Lansing (the site of the semifinals and championship games) because if any group ever deserved it, this one did.

“We’re going to come back strong, though, and put in some more work for the future. I hope that we will be back.”

PITTSBURGH (AP) — Niko Goodrum drove in five runs, two on a double in a big 11th inning that sent the Detroit ...

IRON MOUNTAIN — The 2020 U.P. Football All-Star Game was originally scheduled for June 27, at the Superior Dome ...