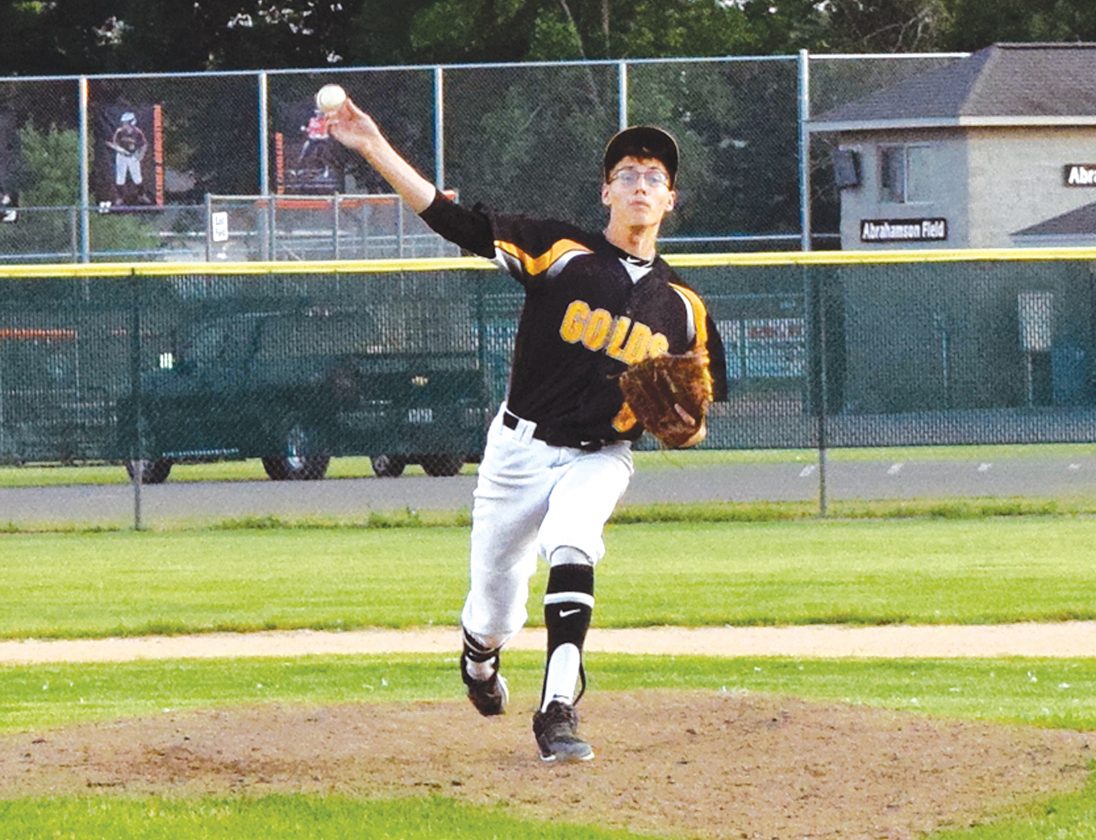 Iron Mountain's C.J. Bolo winds up for a pitch against Escanaba during the zone tournament Thursday in Escanaba. (Justin St. Ours/The Daily Press)

That trend continued here Thursday night as the Cubs fell to Marquette 4-0 and Iron Mountain 2-1 in the zone tournament.

Esky committed three errors in each game Thursday, including one in the fifth inning of the nightcap when Iron Mountain scored both of its runs.

Iron Mountain was trailing 1-0 when Trey Doda reached base on an error by left fielder Zeke Strand with one out in the fifth. C.J. Bolo added a two-out infield single and both scored on Caleb Johnson’s double to left.

“You can’t give teams extra outs when you’re dealing with pitch counts,” said Esky manager Jon Bintner. “He (Strand) made a great play on a line drive (by Josh Weber in the second), then he lost track of the ball in the sun (in the fifth). You have to be able to overcome mistakes, but we’ve had difficulty with that all year. This has definitely been a learning curve for most of the guys with them playing different positions and trying different things.”

Esky collected six hits, including two each by Strand, Lamb and Jake Anderson.

“Escanaba has a good baseball team,” said Golds’ manager Paul Julian. “That pitcher (Schlenvogt) is a stud. He mixed his pitches well and had us off balance. In defense of their left fielder, the sun was right in his eyes. Although, that opened the door for us.”

Schlenvogt, who pitched the entire contest, was the hard-luck loser. He struck out eight, walked two and allowed five hits and catcher Ayden Hansen threw out baserunners at second in the first and third frames and Johnson at the plate while trying to extend the Golds’ lead in the fifth.

“This is the second time in a row John pitched a quality game and didn’t get any run support,” Bintner said. “Ayden did a nice job behind the plate. He definitely stopped them from running. Their first baseman (Bolo) played awesome. He took away a lot of base hits.”

Doda, the second of three Iron Mountain pitchers, took the win. He gave up two hits and a walk through 3 1/3 innings in relief of Johnson. Bolo then worked the final 1 1/3 innings for the save.

“We couldn’t ask for anything more from our pitchers,” Julian said. “The three of them contributed a huge portion of the win and we still have some deep pitching.”

In the opener, Brenden Kaski tossed a one-hitter and Marquette’s Pete VandenAvord had two hits.

Marquette, taking advantage of two errors, scored three times in the first and added a run in the third when the Cubs made their third miscue.