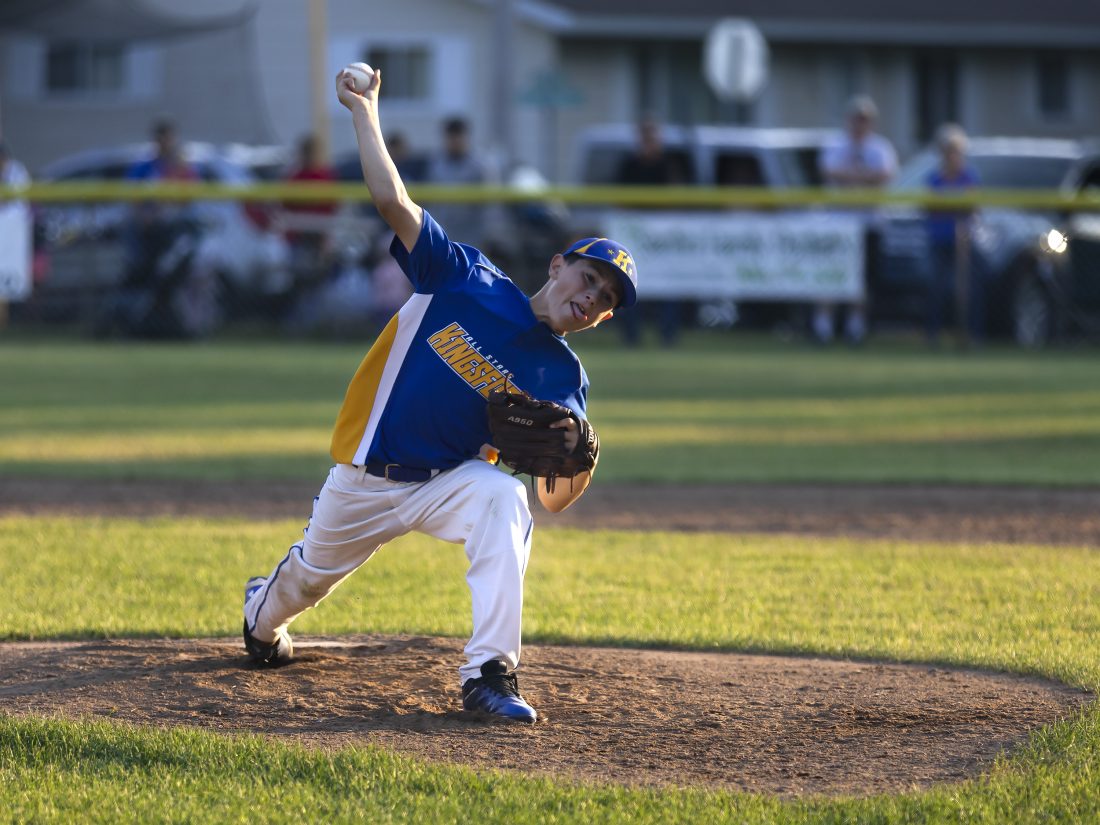 And Andres Finley was lights out for Kingsford on the mound, pitching a complete game shutout.

The win by Kingsford, which battled out of the loser’s bracket by beating Escanaba on Wednesday, has a chance to grab the district title as both teams square off for a winner-take-all showdown at 6 p.m. today at Kingsford East ball field.

Finley gave up just two hits, striking out four and walking four to set the tone. Iron Mountain never advanced to third base.

“He was a stud,” Kingsford head coach Dan Brown said. “To see a complete game on 85 pitches in six innings is almost unheard of in Little League. Again, four double plays, the defense helped him. It was outstanding.” 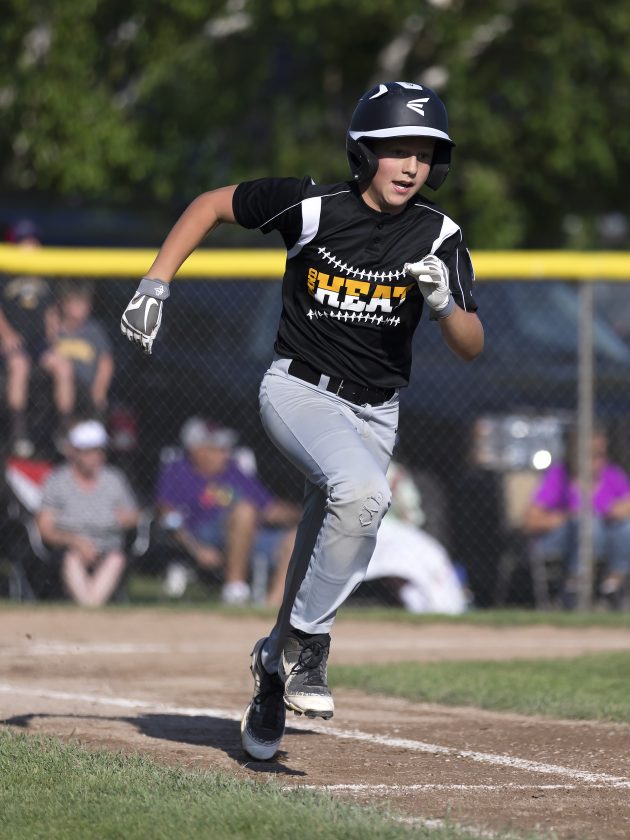 Kingsford took the lead with a three-run second. Eight batters came to the plate but scored just three runs. Jack Kriegl broke the scoreless tie with an RBI double down the left field line. Another run scored on a passed ball and the bases were walked loaded. Brown paced in the dugout and said “Let’s blow the game open right now. Right now.”

Gavin Trevillian hit a liner to the outfield, scoring a run, but Joey Weber was tagged out at home to end the inning.

Despite escaping that inning with limited damage, Iron Mountain did not do enough at the plate to tighten the score. In the next half-inning, Iron Mountain got a runner on base after a hit by pitch, but a popup to second base and a throw to first doubled up the runner to end the inning.

Ian Marttila ripped a single to left field in the first inning. Finley settled into a groove as Iron Mountain didn’t get its other hit until Marttila singled again in the sixth with a grounder up the middle.

“We didn’t have our bats today,” Iron Mountain coach Steve Anderson said. “We scored 14 runs in one inning in the first game of the tournament. We couldn’t put up a run today. That’s 11-12-year-old baseball. Just didn’t get the hits tonight.”

Kingsford’s damage was limited considering it followed its three-run second by loading the bases with no outs in the third. A strikeout, fielder’s choice throw to home and a groundout to the pitcher got Iron Mountain out of the jam.

“Listen we’re getting runners on base, we’re just not getting hits still,” Brown said. “That’s our problem right now. That inning, we almost batted through the inning and only scored three runs. That’s pretty hard to do. Usually that’s a five or six or seven and it wasn’t. Hopefully tomorrow. Our bats are starting to wake up.”

Kingsford added three more runs in the fourth to put a stranglehold on the game. A hit by Trent McLain scored two.

Kriegl finished with three hits including a double and a run scored. Dakota Woodward singled and walked. Finley singled. Trevillian had a hit, walk and run. McLain had two hits, a walk and two runs. Nolan Hendrickson had a single, walk and two runs.

Aiden Ellis threw his own strong game on the mound for Iron Mountain. He pitched into the fourth inning, getting two outs before Evan Mendini took over. Ellis gave up six runs on six hits with three strikeouts and four walks. Mendini gave up a run on two hits with a walk and a strikeout.

“It’s a game of momentum, we just never got it,” Anderson said. “when they turned four double plays on us tonight, that’s unheard of in six innings. That took away over an inning from us. That many outs, that’s a backbreaker.”