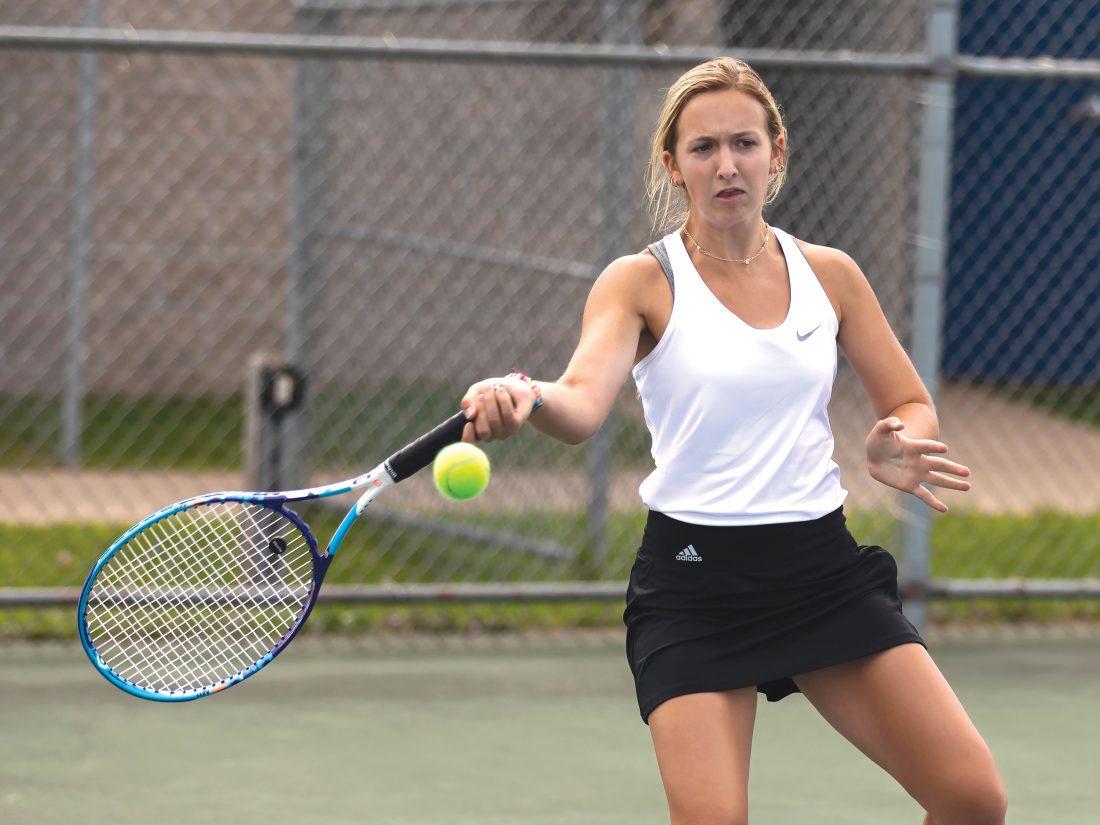 KINGSFORD — It was a windy but sunny morning at the Kingsford High School Tennis facility where the Flivvers battled to a 4-4 tie with Menominee before sweeping Munising 8-0 Wednesday.

Iron Mountain tied Menominee 4-4 and followed with a 6-2 victory over the Mustangs.

Matches also took place at the courts at Lodal Park and the east side courts in Iron Mountain. Menominee took on Iron Mountain at the alternate sites, claiming No. 1 singles where Jenna Nolde defeated Macy McCormick, and also No. 2 singles, where Josie Hofer defeated Claire Mongrain. The Mountaineers won No. 3 and No. 4 singles matches.

Coley-Nelson and Autum Erickson. Menominee won No.3 and Iron Mountain won No. 4 on the doubles side of things.

In Kingsford’s match against Menominee. the Maroons won both No. 1 and No. 2 singles. Kingsford’s Teagen Petschar and Valerie Richtig won No. 1 doubles, and Bailey Johnson and Anna Murvich won No. 2 doubles.

Rutter said she felt playing Menominee first helped her team get prepared for their match against Munising.

In the sweep of the Mustangs, Rutter praised her No. 2 doubles team of Bailey Johnson and Anna Murvich for a hard fought match against Munising’s Skyler Campbell and Lori Mattson.

In the final match of the day between Iron Mountain and Munising, the Lady Mountaineers collected four of their six points with a sweep of the singles matches, No. 1 through No. 4.