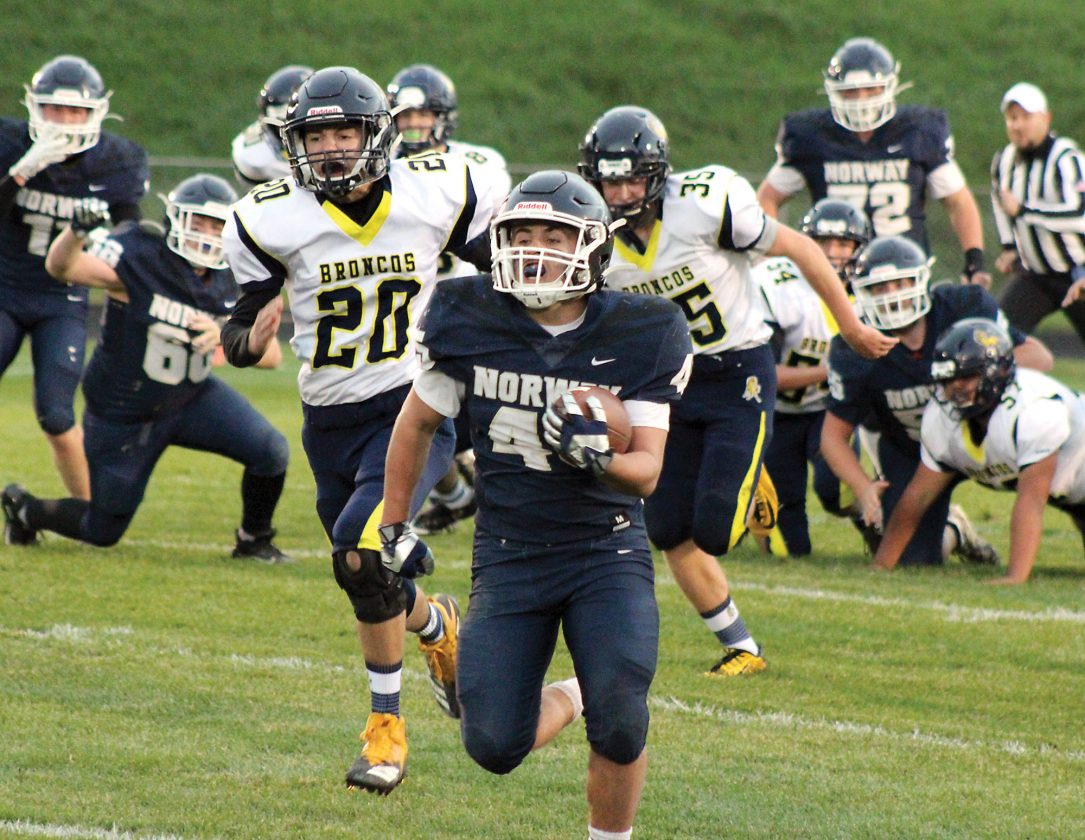 NORWAY — Tied entering the fourth quarter, Norway surrendered a pair of touchdowns in a span of less than two minutes and fell to Bark River-Harris 42-26 in a West PAC Iron Division game Friday.

The Knights (1-5, 1-3) generated a steady offense on homecoming night, but didn’t have enough stops.

Norway’s Nathan Paulitch threw for a pair of TDs — an 8-yarder to Kody Hendricks in the first quarter and a 58-yarder to Ethan Sabotta on a wheel route in the second.

Isaac Hautamaki was the Knights’ workhorse, carrying 29 times for 104 yards. He ran for two TDs, hitting paydirt on three-yard run at the 7:56 mark of the fourth to bring Norway within 36-26.

The Broncos, however, soon answered on a 17-yard pass from Nick Javurek to Joseph Stein.

Paulitch was 7 of 13 passing for 139 yards. Evan Anderson added 83 rushing yards for Norway on six carries.