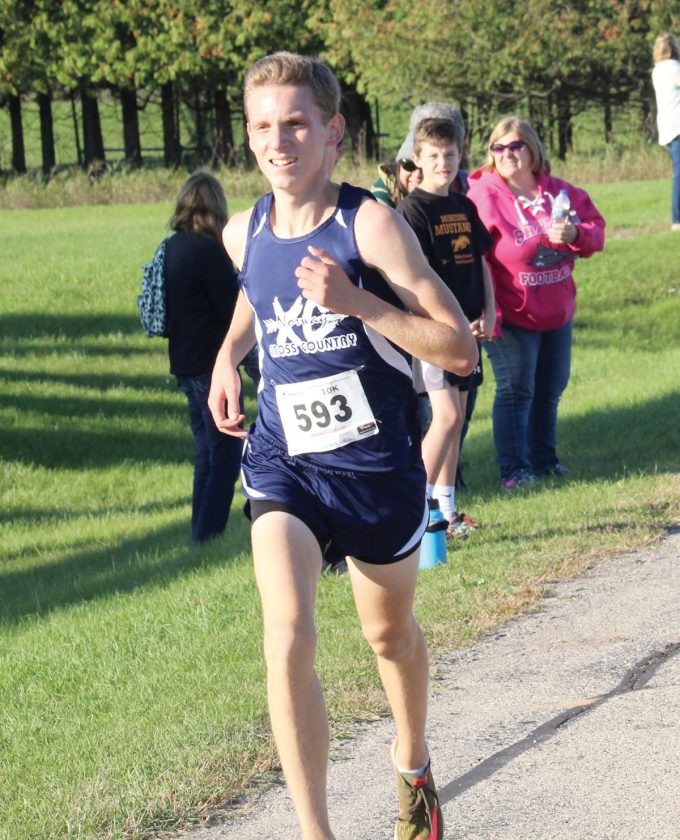 “This wasn’t my best time, but I think it will make me hungry for the U.P. Finals (Oct. 19 at Marquette),” said Cavagnetto. “I can’t be too mad at myself. I think I may have overtrained for this one. Three of our top five guys got PRs which is good for our team. I’m really proud of the guys. They really stepped up. The wind took the moisture out of your mouth, but I think it also benefitted me to be able to run on our home course.”

“We really ran well today,” said Stephenson coach Mike Herres. “All of our kids had PRs (personal records). We have a real young team, but everybody has worked hard and is starting to peak at the right moment. We were runner-up to Rapid River last year. One of our goals was to win the conference this year. We want to be in contention at the U.P. Finals.” 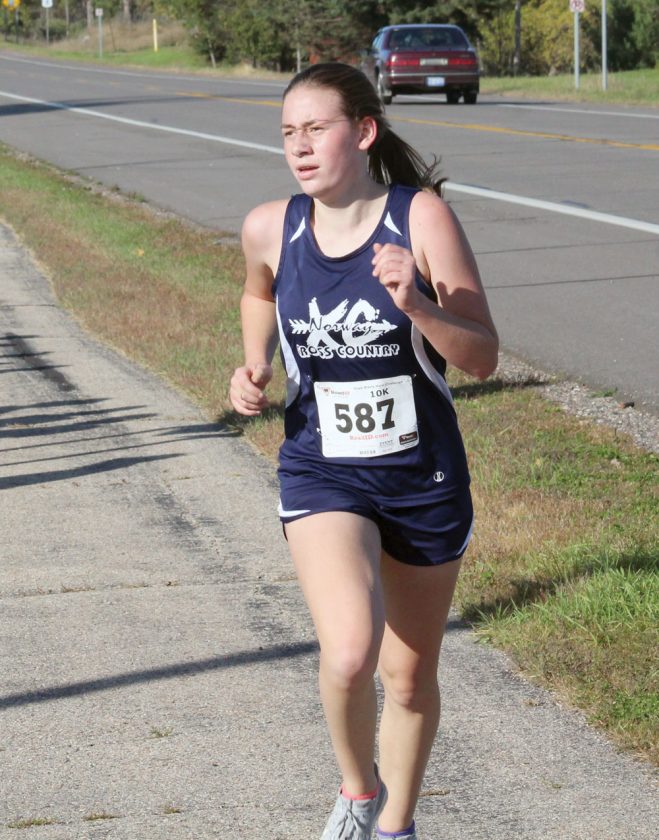 “I like to start slow and pick it up later in the race,” he said. “Knowing we were going to have to run the long grades into the wind also factored into my decision to start slow. It felt like you were going backward on the uphill. It seemed like everything was going against you. Although, I’m real pleased with my time.”

“I just kind of took off quick and was able to settle into a pace,” he said. “I thought we had perfect weather conditions. The wind helped us on the downhill, but the uphill was challenging. I think this helped us for the Finals.”

Going for a school record was hardly an after-thought for Daisy Englund, but that’s what happened here on this sunny, mild and windy day, however, as the Mid Peninsula junior harrier won the 3.1-mile race at Marion Park in a school-record 19 minutes, 40.9 seconds.

Englund’s latest achievement shattered the previous record (19:59) set by her mother Faye (Peterson) Englund as a freshman in 1993.

“I thought I was actually running bad,” said Daisy. “Then, I found out I was in the 19s and knew I had to try. I’ve never broken 20 minutes before. It felt awesome. I didn’t think that was going to happen. I didn’t know I had the school record.”

Faye said it was exciting to see her daughter set the record.

“Her goal was just to clear 20,” she added. “We were screaming for her, trying to help motivate her. We were telling her she had a chance to get under 20. This is an awesome feeling. It’s very exciting to see her accomplish her goal.”

“It has been a long time coming for Daisy,” said Mid Pen coach Mark Branstrom. “The irony was she beat her mother’s time. The Englund family is unbelievable. Getting beat in the U.P. (Division 3) Finals last year has motivated her. I think she’s stronger this year. I think she’s going to do well in the Finals.”

“It was very challenging coming up that long grade (along U.S. 8) and into the wind,” said Englund. “You also had to watch for cars at the intersections. That’s the hardest finish I had in my life. It felt like you weren’t even moving. Although, I think this definitely helps us for the Finals.”

“The downhill helped us make a gap with the other girls,” said Koski. “The uphill was tough. It was in the back of my mind we were going to have to go back up.”

AP Photo WASHINGTON’S HOWIE KENDRICK celebrates after a grand slam against the Los Angeles Dodgers during the 10th inning Wednesday.

Adam Niemi/Mining Gazette Photo IRON MOUNTAIN’S BRYCE Pietrantonio (25) and Marcus Johnson (14) celebrate after scoring a touchdown against Calumet on Friday. The Mountaineers are 6-0 for the first time since 2011.