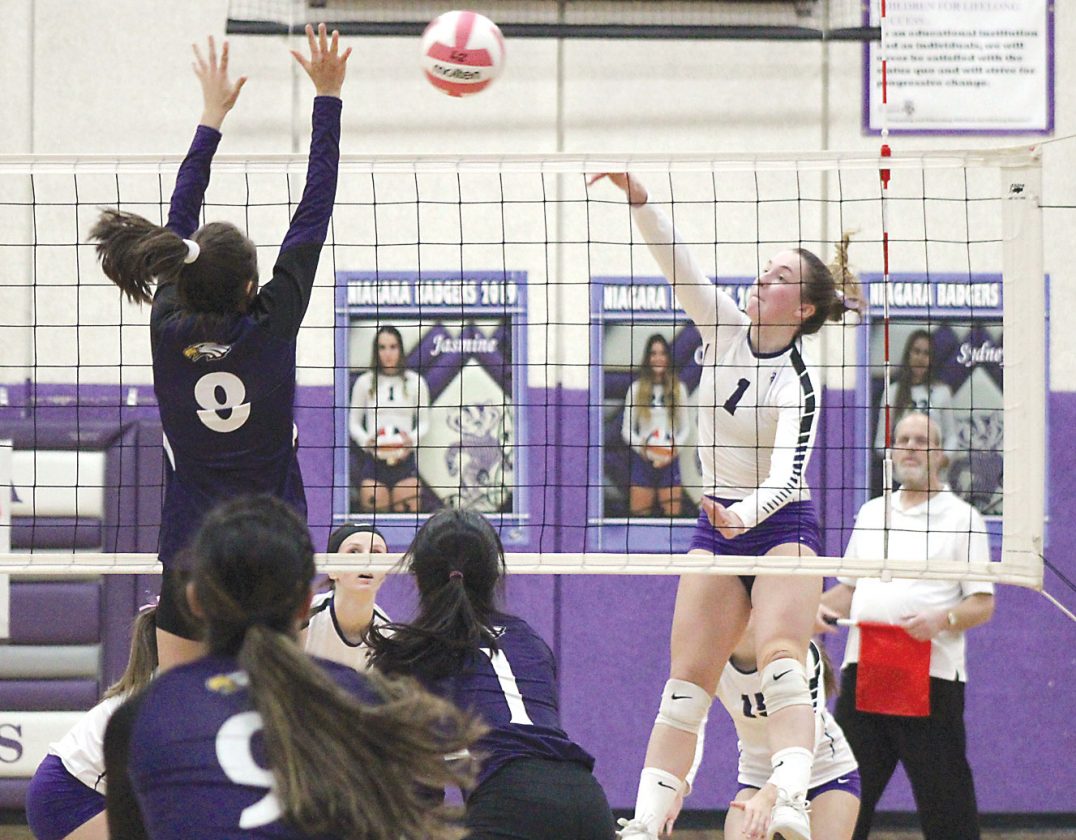 NIAGARA, Wis. — It was Senior night for the Niagara girls volleyball team, as they took on Marinette-Oconto Conference foe Oneida Nation. The Lady Badgers won 25-18, 25-8, 26-24.

“Tonight was a special night for us as we honored our eight seniors — Jasmine Racine, Jessica Oratch, Cassie Gill, Jaida Maki, Sydney Dunkes, Olivia Brasure, Isabel Wells, and Jayden Payette,” Niagara head coach Carol St. Arnauld said. “Our seniors came to play tonight against Oneida. They (Oneida) showed some hustle, but we were ready for them.

“Overall we had some great defensive plays that helped us set up our offense. We hit well and our coverage was great. We need to continue to elevate our play as this team has the ability to do great things. Tonight was a great team win for us.”

Niagara finishes up the regular season Thursday in a triangular match at Lena. Gillett joins host Lena and the Badgers in the M&O match up.