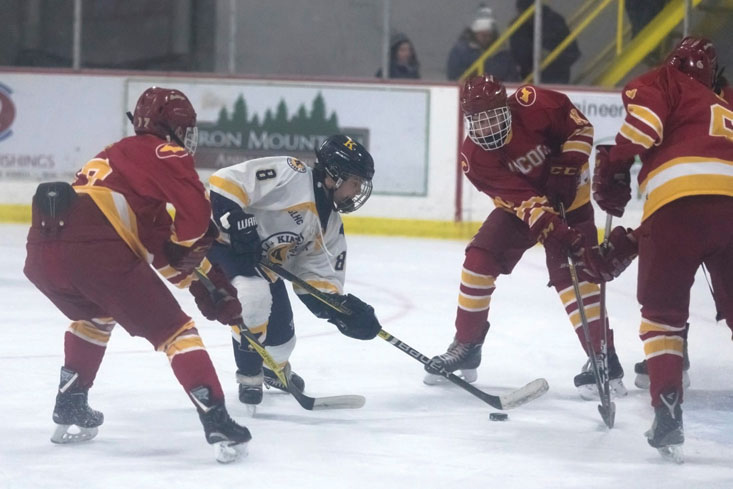 KINGSFORD — Kingsford has been practicing for the last two weeks prepping for the high school hockey season.

The Flivvers’ season opener is tonight at 6 p.m. at Mountain View Ice Arena in Iron Mountain versus Escanaba.

“Kids have been working hard for a few months now,” said Coach Greg Wadge. “They have been skating since the second week of October with the first official practice on November 4th. We are excited to get things going.”

Wadge took over mid-season last year, and this will be his second stint as the team’s head coach.

“We have a few home games right out of the gate,” said Wadge, noting a Dec. 3 game against Jeffers where veterans will be honored.

The Flivvers will play Calumet on Dec. 5. Wadge expects the Copper Kings to have a strong team as usual.

On Saturday, Dec. 7, the team’s annual “Teddy Bear” toss will take place in an afternoon game against Ashland, Wis.

“We encourage folks to come out and support our team and these special community events,” said Wadge.

The Flivver co-op team is made up from West Iron, Forest Park, Norway, Iron Mountain and Kingsford schools.