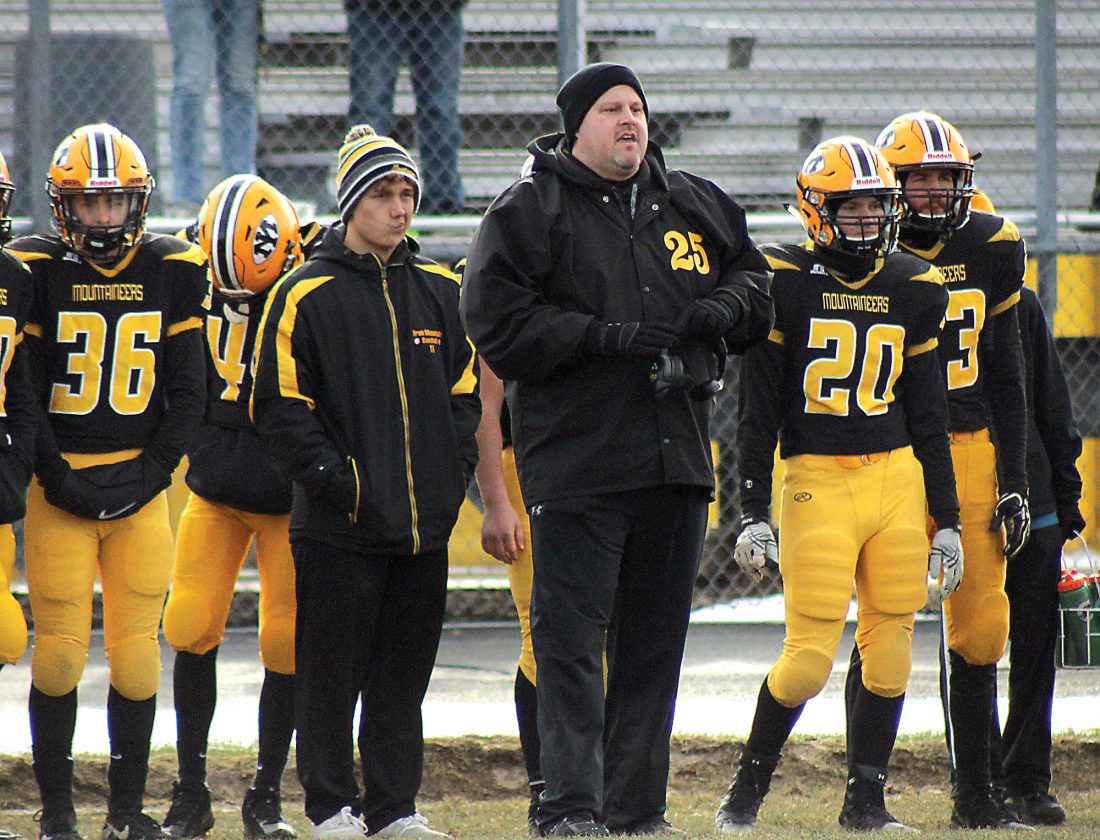 IRON MOUNTAIN — For the first time in more than a month, unbeaten Iron Mountain will leave the comfort of Mountaineer Stadium.

The Mountaineers’ last road game was a trip to L’Anse on week eight of the regular season. This Friday’s road trip to Marquette has a lot more at stake.

The winner advances to the Division 7 state championship game against Jackson Lumen Christi (11-0) or Cass City (11-1), which will be played at Ford Field in Detroit on Saturday, Nov. 30.

These same PW Pirates left the Breslin Center in March with the Division 3 state championship basketball trophy, handing the Mountaineers a controversial one-point loss. With that fresh in memory, it’s probably safe to say that there will be some extra motivation for the Mountaineers on Friday night.

PW, located northwest of Lansing, is part of the Central-Michigan Football Conference. The Pirates only gave up 13 points in six conference games and have scored 506 points in their 12 wins this season

The eight points the Pirates gave up to non-conference opponent Livonia Clarenceville was the most they gave up in a single game all season before surrendering 35 at defending Division 7 state champion New Lothrop last week.

Marttila noted last week’s PW 36-35 win at New Lothrop as an extension of the Pirates’ long-standing tradition of great football. As far as the March basketball loss to the Pirates, “We’re focusing on the football game; we want to be 1-0 this week, like every week so far.” Marttila said.

This season marks 16 consecutive playoff appearances for the Pirates, and 21 in the last 22 years. Beginning with 2015’s loss to the Ishpeming Hematites in the Division 7 state championship, PW also made it to Ford Field in 2016 and 2017 to win state championships.

A 2012 semifinal loss to Ishpeming at the Superior Dome marked PW’s first game against a U.P. team, making the two defeats to the Hematites their only football games played against U.P. teams in school history.

Iron Mountain’s defense has held its three playoff opponents — Mancelona, Charlevoix and Traverse City St. Francis — scoreless through the first three quarters of those football games. All three of those teams’ points against the Mountaineers came once the outcome of the game was no longer in question.

“Pewamo has a big and physical offensive line that averages 240 pounds per guy,” Marttila said. “They want to run the football right at you as much as possible. Sophomore Tanner Wirth is a fast tailback that we need to tackle on the carpet. Their quarterback Ethan Thelen looks like a nice athlete that can run as well.”

Marttila also noted that the front 5-3, five down defensive lineman and three linebackers, appeared on film to be as physical as any players the Mountaineers have gone up against this season.

Playing indoors on the artificial surface of the Superior Dome will most likely help with the speed IM possesses on offense at the skill positions. Caleb-Evosevich-Hynes’ ability to get to the open field and separate from defenders, as well as Marcus Johnson’s quickness, could cause PW troubles on the turf.

“This will be a tremendous opportunity for our football team,” Marttila said. “We need to play at another level compared to last week because Pewamo is a better team than St. Francis.”