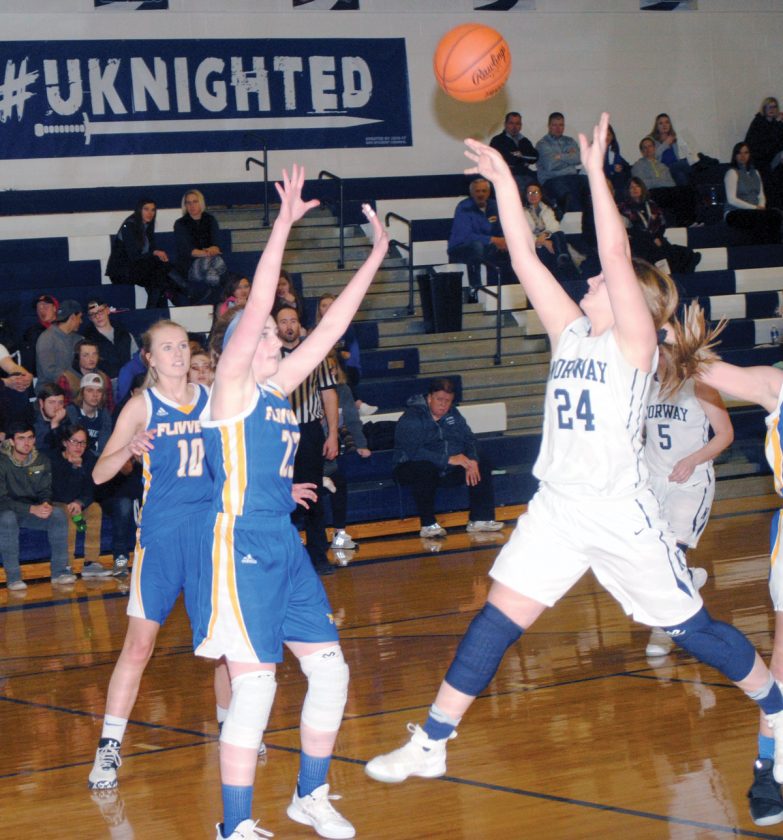 NORWAY — With an eight player roster, five of them being returning letter winners, the 2019-2020 Norway Lady Knights basketball team will build off a season that saw them finish 5-15(including district) and 5-6 Skyline Central Conference play.

“The Lady Knights had a turnover of long-standing varsity players and will be a young team with a mix of new and familiar/experienced players for this season,” said head coach Joe Tinti. “We graduated Ada VanHolla, Haley Clifford, Mariah Gyselink and Holly Mattia, who are all hard athletes to replace and their presence will be missed on the court.”

This years squad currently consists of seniors Danae Anderson, Kaitlyn Hosking, and McKenna Neuens, who are three of the five are returning letter winners. Cadeance Lindsley, Maddie Chellew and Mackenzie Clifford, a letter winner also, are juniors on the roster. Lindsley played the last two games of last season on the varsity team.

“Even though we are young, we do have a significant amount of varsity experience with all players except two seeing varsity action last year. I am excited about this year as we embody the true definition of a team. The girls work hard, get along, and want to become better players each and every day,” said Tinti.

“Each player knows their role and I have full confidence that they will step up and do what is needed. This team gets better each night of practice and I have confidence they will keep getting better as the season progresses,” Tinti said.

Tinti noted the JV team is a competitive group and are making the practices intense and the whole program is getting better because of it. Kevin Kangas, who remains JV coach, has been with the program for many years.