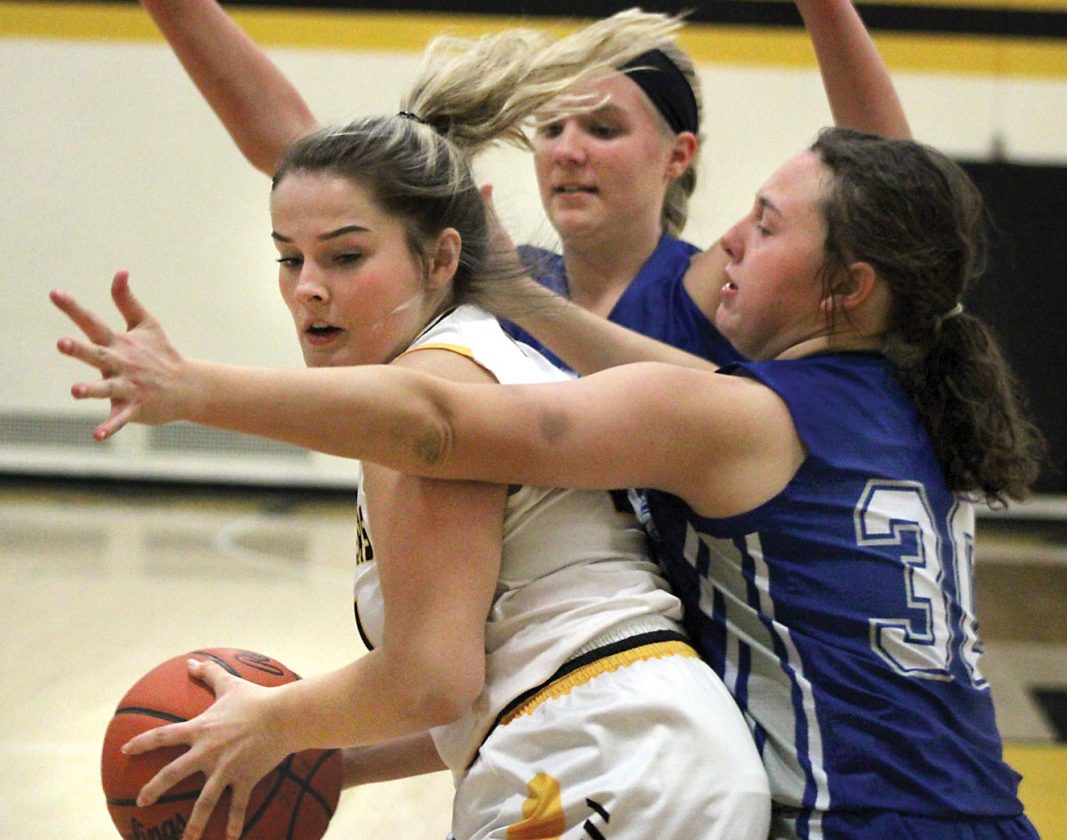 IRON MOUNTAIN — Down just five points late in the first half, Iron Mountain was unable to close the gap and fell 75-49 to West PAC foe Calumet Thursday in the Mountaineers’ season opener.

Both teams came out in man to man defense to begin the game, with Calumet using a three-quarter court press to force IM turnovers and take a 22-13 lead at the end of the first quarter.

“It was a tale of two halves tonight,” IM head coach Katelynn Grenier said. “In the first quarter and most of the first half, offensively and defensively we played good.”

The Mountaineers got the Calumet lead down to five points, with 3:06 left in the first half. Calumet took a 39-29 lead into the break.

“Once the second half began, we went into a scoring slump,” said Grenier.

Mountaineer senior Reagan Lundholm, who led IM with 11 points on the night, hit a three-pointer at the halftime buzzer. Chloe Bianco added 10 points for the Mountaineers.

“They (Calumet) started hitting three-pointer after three-pointer and our help defense wasn’t what it needed to be. Plus we were sagging off of their shooters too much, giving them room to shoot,” said Grenier.

Calumet was led in scoring by junior Elli Djerf who netted a game-high 17 points. She grabbed eight rebounds as well. Sophomores Marybeth Halonen, with 14 points, and Jana Loukus, 10 points, also fueled the offense. The Copper Kings out-rebounded IM 28 to 21 on the evening. Tori Sorensen grabbed eight rebounds to lead the Mountaineers.

“Still being early in the season with our young team, we were a bit undisciplined to begin the game,” said Calumet head coach Matt Laho. “I told the girls they needed to get to their spots on the floor when we were pressing. Once they started switching and getting to their spots, the press worked great.”

Laho noted that Djerf stepped up on both offense and defense, also saying that he was pleased overall with his team’s overall effort on the night.

Calumet moves to 2-0 (1-0 in the West PAC) on the season, having defeated Ewen-Trout Creek Tuesday night.

Despite the deficit her team lost by, Grenier said, “I don’t think we scored 49 points too many times last year, so for the first game in a new system, with these eight players playing together for the first time, I am pleased with our offensive effort. We have to work on defense and free throw shooting.”