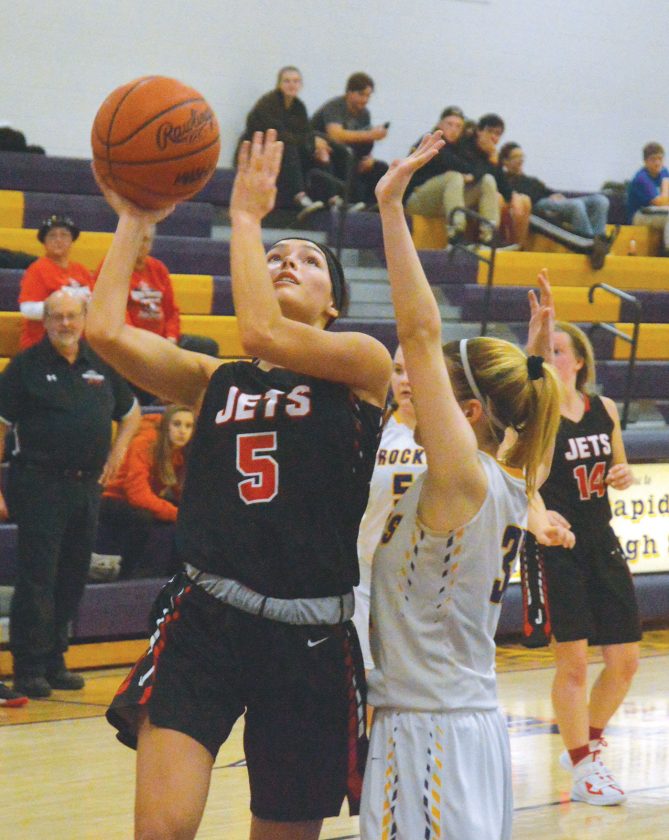 RAPID RIVER — In a battle of 1-0 squads, North Central moved to 2-0 by speeding past Rapid River 60-38 in a Skyline Central Conference contest.

After a relatively even first quarter that ended 10-7 in the Jets’ favor, an explosive second gave them a large cushion.

“It took a little while because we rushed some stuff at the beginning,” Jets’ coach Lee Vincent said. “We should have made a few more layups and stuff like that. We pulled it together.”

A jumper from Andie Arsenault just 40 seconds into the second started an 18-5 North Central scoring run that lasted until there was just 1:50 left in the half. Rapid River’s Cecilia Pilon scored four points in the last minute and a half, including a shot after a breakaway steal.

“I was really happy with my bench when they went in. I took all my starters out after about six minutes and gave them three off. I was very, very happy with their performance.”

It was more of the same in the third as North Central racked up a 9-2 run, including seven from Arsenault in the first 3 1/2 minutes.

Trailing 41-19, Rapid River’s Natalie Belanger hit a jumper from the post. The Rockets then took advantage of the free throw line over the next two minutes, going 4 for 6 to reduce their deficit to 41-25.

The Jets picked back up with Bree Arsenault sinking a 3 and a free throw, followed by a layup from Ava Eichhorn that made it 47-25 as the quarter ended.