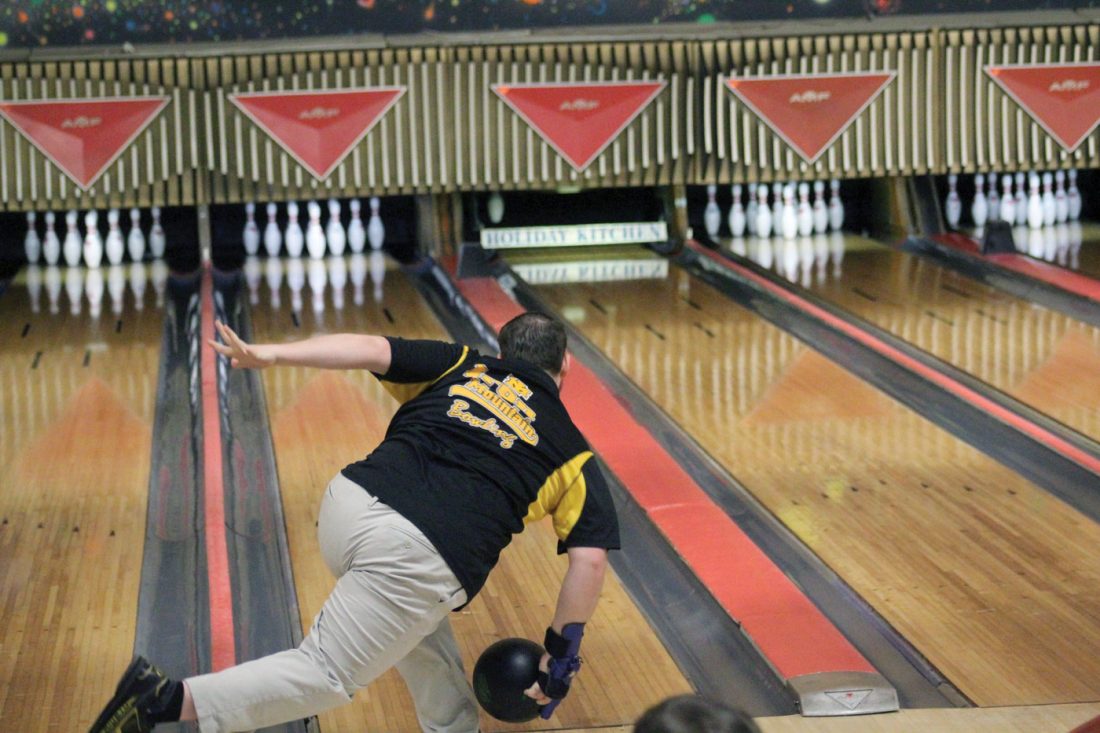 In the morning shift, the Lady Mountaineers faced an Ishpeming team that was a bowler short, coming out on top 36-4.

“Unfortunately, when a team is down a bowler like that, they do not get any pins for the missing person, which makes competition extremely difficult for that team,” said coach Cathy Tomassoni.

The Mountaineers jumped to a 6-0 lead, winning both Baker games. Paced by a 200 game from Hanna Bastian, Iron Mountain swept game one 745-450, garnering all nine available points. Game two went to the Mountaineers 585-506, as did game three 624-479. Seven out of nine possible points were awarded to the Lady Mountaineers for those games.

Bastian topped Iron Mountain’s scoring with a 478 series. Alexis Jacko was close behind with a total pinfall of 471. Stephanie List won all three individual points

The boys teams saw action in the afternoon shift of bowling, where the Mountaineer varsity beat the Gladstone Braves 35-5. The Baker games were split with each team earning three points. The edge for total pinfall went to Iron Mountain by a total of 24 pins.

Like their female teammates, game one was a Mountaineer boys sweep 779-637. Game two saw Iron Mountain winning seven of nine points by a score of 720-620. Led by a 203 game from Zach Spera, the Braves were swept a second time in game three 779-568.

Spera led the scoring with a 554 series, followed by Zach Hanson with 464, and followed by Josh Freeman with 440. Spera and Hanson took all three individual points each, while Freeman, Logan Galbraith and Hunter Lautzenheiser each won two points.

Mountaineer X posted the third IMHS win of the day, besting the Escanaba Eskymo X-Mixed team 39-1. The Baker match found Iron Mountain ahead with a 6-0 lead, and like the other Mountaineer teams, a sweep of game one 628-515.

Only one point was lost in game two, 607-389, and game three saw another Mountaineer sweep of all nine possible points 624-427.