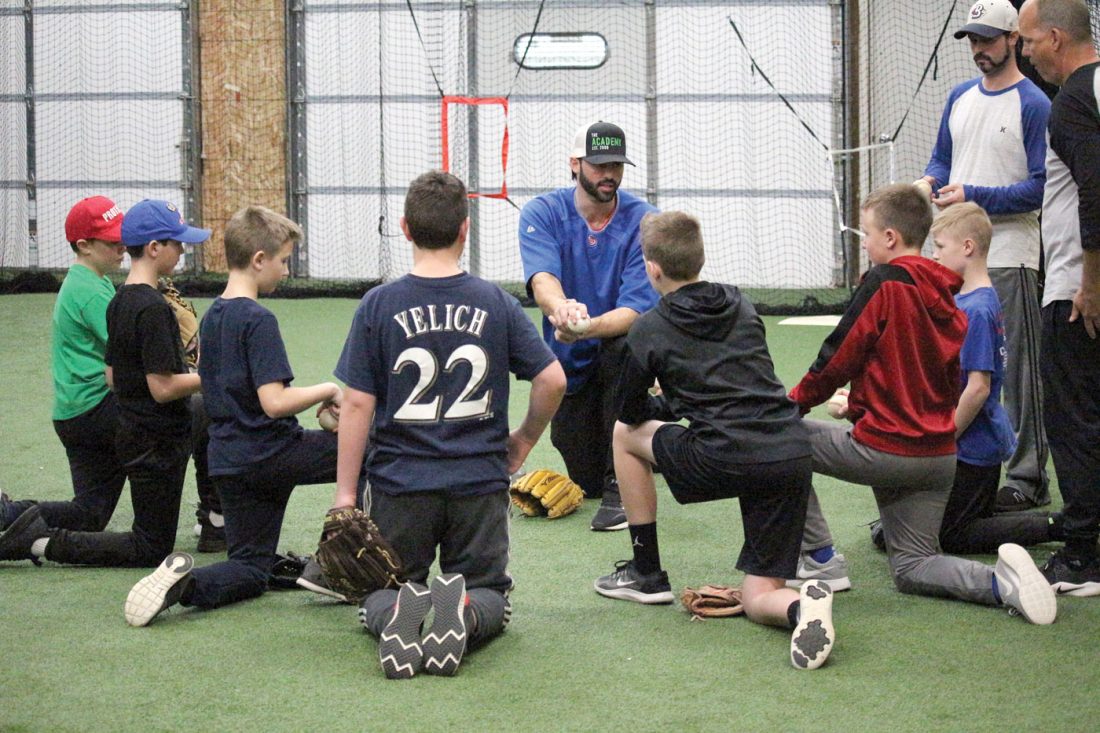 Former major league pitcher Justin Berg (center) demonstrates various grips on a baseball to a group of area Little League players during a pitching clinic held last Saturday at the Wheelhouse Performance Center in Iron Mountain. The Antigo, Wis. native was drafted in 2003 by the New York Yankees. He spent parts of three seasons in the majors, making his debut in 2009 with the Chicago Cubs. Berg hopes to return to the majors as a coach in the future. He held several small-group sessions at the Wheelhouse last weekend for players ages 10 and up, attracting about 60 kids total.